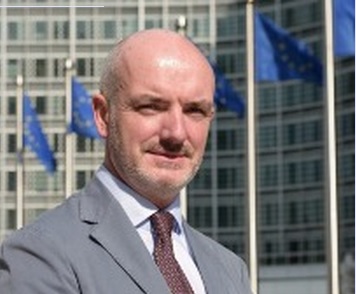 Commissioner-Designate for Agriculture and Rural Development Phil Hogan has announced this morning that he is to appointment Limerick man Peter Power his head Head of Cabinet.

In a statement this morning Commissioner-Designate Hogan said he was pleased to confirm that Peter Power will take up the role.

Head of Cabinet is a hugely significant role involving the overall overall management and coordination of the DG AGRI team.

He comes to the job with considerable Brussels experience. Peter started his career working for the late T.J. Maher, former IFA leader and long-time member of the Agriculture Committee in the European Parliament. He then worked in the Cabinet of Chris Patten where he was responsible for relations with the European Parliament. After that he became the European Commission Spokesman for Trade under Commissioner Peter Mandelson. During this time agriculture was regularly the key flash point in the World Trade talks. When Mandelson left the European Commission to become First Secretary of State with responsibility for Business, Innovation and Skills in Britain, he asked Peter to head his press team in Whitehall (2009 and early 2010 ).