The European Commission has forecast that EU milk deliveries could grow by more than 1% in 2016 (above 2 million tonnes).

It says this is due to a strong increase in the first four months of the year (+5.5%), to be followed by a slowdown, likely to lead in the second half of the year to a milk collection below last year.

By contrast, the Commission says some downward supply adjustments are currently taking place. In addition, as every year, it says weather will play a major role. 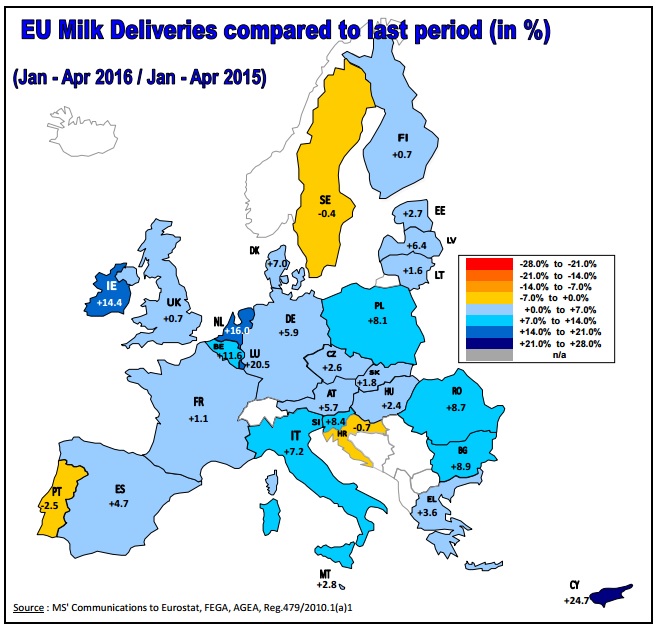 The Commission says milk price reductions since the beginning of the year, together with a rise in feed prices notably for soymeal, squeezed farmers’ margins further.

While for several months, many farmers kept their cows and continued producing to maintain revenues (and pay back loans), some farmers have now started culling more cows.

In other, Member States, the Netherlands, Poland and Italy, the increase compared to last year slows down, but remains strong.

In the Netherlands, farmers try to increase production as long as they can, given that by the 1st of January 2017 they will need to comply with the soon-to-be voted legislation restricting phosphates emissions. In Hungary, Luxembourg and Estonia, milk collection continues steadily increasing compared to last year