Henry Burns: Bord Bia and the processors are not working hard enough for farmers 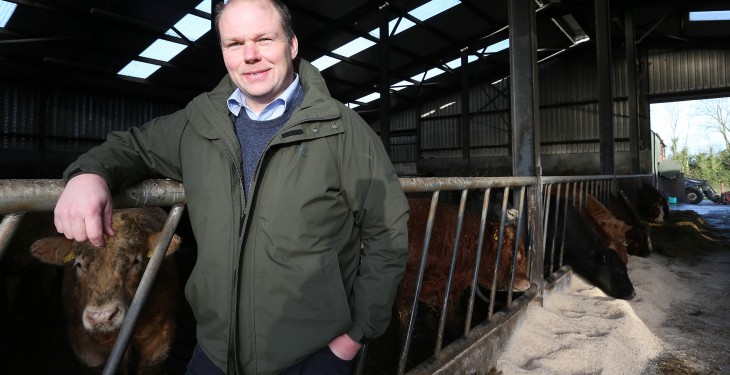 Burns, who is the current IFA Livestock Chairman, said that the analysis of the prime cattle kill shows that of the 1.2m prime cattle, just 10.8% are over 420kg.

“For suckler farmers this is a huge problem. With just 10.8% of the prime cattle kill weighing in over 420kg,  we don’t actually have too many cattle over weight. And it just affects two cuts – fillet steak and striploin (mainly) – and this is where the problem is.”

He said that with the amount of markets Irish beef is going into with that premium product it should not be a problem.

IFA, he said, pushed this matter at the Beef Forum and was told that even if every animal was coming in under 420kg, Ireland could not get anymore prime steak onto supermarket shelves.

“So, it’s a bit of a phoney issue. Bord Bia has not been strong enough in coming into that space to analyse this. It looks like we have Bord Bia and the factories saying we are producing the wrong cattle – cattle we were encouraged for the last 10 or 15 years to produce, by Teagasc, Bord Bia and the industry.

“If bord bia and the factories are saying that these numners are an issue, that 10.8% of the prime cattle kill is an issue, they are failing beef farmers.

“They should be looking at finding the markets and finding the solution on the other side. They can’t keep coming back saying farmers are producing a problem.”