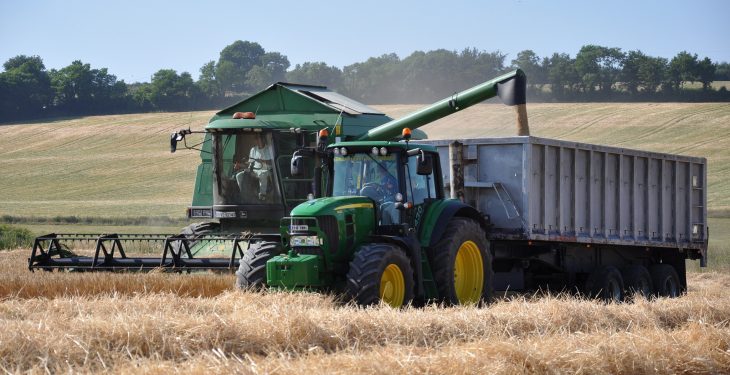 “Farmers in the midlands plan to commence the main harvest this week,” according to Bobby Miller, chairperson of the Irish Grain Growers Group (IGGG).

As hot temperatures and the prolonged dry period continues to pose serious challenges for crops nationwide, Miller outlined his thoughts on how conditions will impact on winter and spring crop yields over the coming weeks.

Although winter crops were much more advanced by the time the dry spell arrived earlier last month, Miller highlights that they may not escape unscathed.

Miller anticipates that the harvest date for most winter crops looks likely to commence up to three weeks ahead of schedule.

“Winter crops are coming in quick; but they are looking good.

Winter oats look like they will be coming in three weeks ahead of schedule and will be cut during the middle of the month, whereas they would usually be cut between August 5 and August 8.

“The grain didn’t get the chance to fill to its full potential this year. It ripened very early and that usually affects yield. Because of the weather the grain may well weigh less overall this year,” he cautioned.

As for spring crops, Miller said “they are a disaster” in areas where there has been no rain for weeks.

They paused half-way up. In some cases, you can only see half the ear on the crop as it went into ‘drought mode’ and tillers were lost.

“The drought is a very big worry for spring crops in particular. May is a crucial month for moisture and it was not available in most cases this year,” he said, adding that secondary growth could be an issue for crops such as barley.

Although he says many tillage farmers have resigned themselves to the likelihood that bumper yields will not be achieved this year; he advises farmers to “sit tight” on selling grain.

There are reports of a poor harvest in Europe and the Baltic states, so grain prices are on a knife edge.

“The maize harvest in the US will determine the trade,” he stated.

“Quality was reasonable with moisture ranging from 21% to 22% and KPH at 65. The real harvest will be on this coming weekend,” said a spokesperson for the supplier.