Healy was speaking at an event organised by EuroCommerce in the European Parliament in Brussels this week. The IFA (Irish Farmers’ Association) President was giving a speech in his capacity as Chairman of the COPA-COGECA Food Chain Working Party. COPA-COGECA is short for the Committee of Professional Agricultural Organisations and the General Committee for Agricultural Cooperation in the European Union.

The theme of the event, ‘Retailers & Farmers – partners in the Food Chain’, was referred to by Healy in his speech, noting: “As a farmer and a farmer representative, I cannot say that farmers and retailers are partners.

Being partners suggests that we are on an equal footing and have clear transparency on price and conditions across the food supply chain. This is not the case.

COPA commissioned an independent report which found that 94% of farmers and 95% of agricultural co-ops have been exposed at least once to UTPs, according to the IFA. Examples of UTPs include below-cost selling, late payments, pay-to-play money and payment for shelf space.

In his speech Healy also noted the sharp contrast in transparency between farmers and retailers. He said that information on prices and margins received by EU farmers is published in great detail. In comparison, there has been very little transparency on margins of larger businesses in the food industry, he added.

Healy said that this has resulted in an imbalance of information and bargaining power between the groups.

He stated the Agri-Markets Task Force recognises the need for independent enforcement of regulation for retail.

On how to proceed from here, Healy said farmers would continue to support the Commission’s High Level Forum, but that it must deliver for European farmers.

Healy said market and price transparency are essential to the creation of a fair and equitable food chain. “We need to know who gets what – from each consumer’s euro.” 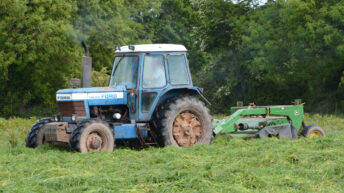 ‘Farm earnings 28% below the average wage’