Have you considered injectable trace mineral top up during the transition period? 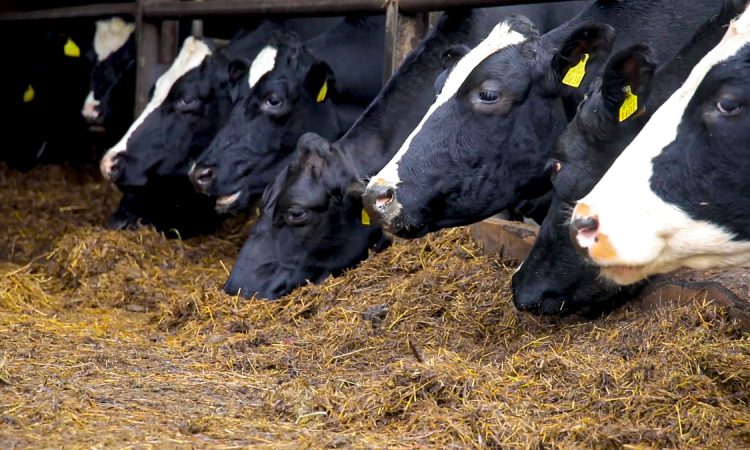 Take the hardship out of administering oral trace mineral supplements to your cows by talking to your veterinary surgeon about injectable trace mineral top up during the transition period.

Pre-calving cows can benefit from supplementary trace minerals but oral trace mineral supplements like drenches and boluses can be difficult and time consuming to administer. Trace minerals are a vital component of bovine immunity and trace mineral imbalances have been linked with poor disease resistance in Irish dairy herds.

One of the key factors for farm profitability during the transition period is keeping cell counts and mastitis incidence down. The cost of high somatic cell count (SCC)/mastitis in Ireland is about €25 million per annum (Irish Examiner, 2016). Mastitis cases have been conservatively estimated to cost between €250 and €300 per case (Heffernan, 2017)

During the transition period, immunosuppression commonly occurs and cows are increasingly susceptible to a number of diseases (Spears and Weiss, 2008). Oral minerals alone may not be enough to ensure your cattle are in optimal mineral status for peak performance.

Studies have shown supplementing with injectable trace minerals in the pre-calving period or at drying off could enhance immunity in your herd by rapidly raising trace mineral stores which could help to ensure reduced disease throughout the transition period (Machado et al., 2013).

The growing foetus can leave the dam depleted

There is a natural decline in the trace mineral status of cows in the last trimester of pregnancy as there is an increasing demand for trace minerals for foetal development.

In the pre-calving period, even well orally supplemented cows can become mineral depleted due to the growing unborn calf. The foetus will increase in weight by 50% in the third trimester and during this period the bulk of the trace mineral transfer to the calf will occur (Hall, 2006).

Transition cows can deplete their own mineral reserves transferring minerals to the growing unborn calf. This can have implications for the upcoming breeding season. Some cows may not have adequate mineral stores to transfer to the calf.

Calves from mothers low in Cu and Zn levels have an increased risk of diarrhoea and the risk of perinatal mortality or stillbirth is drastically higher for calves from mothers with trace mineral deficiency. Cows deficient in some key trace minerals are strongly linked to growth delays in calves (Enjalbert, 2006).

During the transition period, from late pregnancy to early lactation, mineral requirement needed for foetal growth and milk synthesis increase dramatically, exceeding the amount the cow can obtain from dietary sources.

This issue is further exacerbated by falling intake levels. Prior to and following calving there is a natural fall in oral intake levels (usually decreased 30 to 35% during the final three weeks prepartum) (Grummer,1995). Thus, oral nutrition alone might not be enough to ensure cows have the adequate minerals to maintain disease resistance.

Mineral status of heifers is of particular concern

Avoiding clinical disease in heifers is particularly important. In their first transition period heifers are preparing for their first calving, commencing lactation and all this while they are still growing.

As a result, transition period heifers need specific attention in relation to trace mineral top up.

Despite the widespread use of oral mineral supplementation, oral trace minerals are poorly absorbed by cattle. Depending on the source of the mineral the level of absorption varies greatly.

Oral supplementation alone can take weeks to raise the mineral stores of cattle which may lead to a prolonged calving interval and repeat services. As an example, for every 100g of Cu fed orally, only at most 1–5g is actually absorbed into the blood stream.

Oral mineral nutrition is essential for the maintenance of cattle, but at critical phases of production like pre breeding, the challenges of increased demand, variable oral intake, rumen antagonism and poor absorption of oral minerals, oral nutrition alone might not be enough to ensure your cattle are in adequate trace mineral status to ensure your herd meets the target performance.

Transition cow supplementation has been shown to raise not only the trace minerals in cows but also the essential enzyme levels (Machado et al., 2012). These enzymes are key to good immunity and adequate levels reduce disease in cows and heifers during the transition period.

In a 2020 US study comparing the effects of boluses, drenches and a combination trace mineral injection, the injectable trace mineral supplement was the only effective method of increasing mineral concentrations in plasma and liver (Jackson et al., 2020).

Ask your vet how a trace mineral injection could help fight disease in your herd.