There is scope for these farmers to run a complimentary enterprise to increase the profitability of their farm, according to Thomas Curran, a farm management specialist at Teagasc Moorepark.

Through the contract rearing of dairy replacement heifers, beef farmers can increase stocking rate without the need for investment in stock.

Curran believes more beef farmers should consider the option of contract rearing – even as a secondary enterprise on the farm.

Speaking with AgriLand, Curran said: “Many of these farmers are only staying afloat through CAP payments. If beef farmers were to put a cost on the amount of own-labour they are putting in – there is very little out of it.

“Many beef farmers are very good stockmen and have all the ability to produce top-quality dairy replacement heifers.”

A lot of dairy farmers, with not enough hours in the day, have found heifers coming back in better condition than heifers they reared themselves, Curran said.

If any issue should arise, the written contract is there as a record to what was agreed.

The big two that should be made very clear, Curran said, are hitting target weights and the breeding programme.

“A plan should be discussed for cases where heifers are not meeting their targets – whether it be sub-grouping or increased concentrate supplementation. All these details must be known and agreed upon,” he explained

The breeding programme must be discussed also and the amount of labour during this time considered. Dairy farmers may opt for synchronising heifers and AI or the use of a stock bull.

Contract rearers are required to return in-calf heifers to the dairy farmer. Therefore a certain level of heat detection skills is needed. These skills are necessary to pick up bulling heifers for AI or to monitor the stock bull.

“It’s a big commitment. Beef farmers need to be aware of the target weights and what’s involved in achieving these,” Curran said.

Teagasc has outlined the target weights for replacement heifers at different stages during the 24-month rearing period in a set of contract rearing guidelines available on its website. 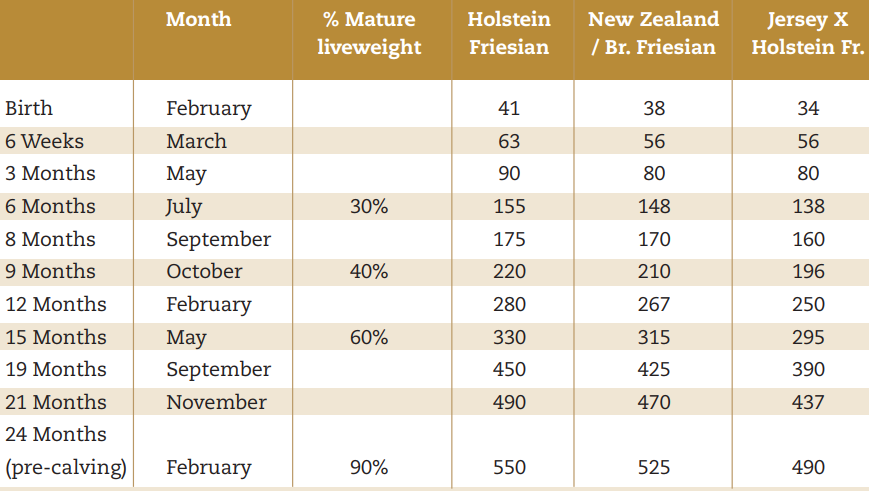 “This table is a bible for contract rearers,” Curran claimed.

The Teagasc specialist recommended rearers to weigh calves around three weeks after arriving on the farm.

Weighing early provides a reference for both the dairy farmer and the calf rearer. It gives the starting weight and the range, which is very important.

If a dairy farmer has a spread calving season, later calves born in March and April must be discussed as to how they will be managed in order reach final target weights, Curran explained.

Weighing at least once, if not twice, in the grazing season will allow for sub-grouping of lighter heifers and specific management to get these heifers up to weight.

“Who is covering what will determine the rates paid,” Curran stated. Contracts are individually drawn up so naturally rates will differ.

Curran gave the following approximate figures for the different stages of the rearing process.

Costs vary throughout the different stages of the rearing process.

Heifers generally go to the rearer weaned at 12 weeks-of-age, Curran said. However, in some cases calves may be reared from three-to-four weeks-of-age.

In-calf heifers usually go back to their original farm in October or November at 20 months. However, the return date can vary depending on the arrangement agreed in the contract. 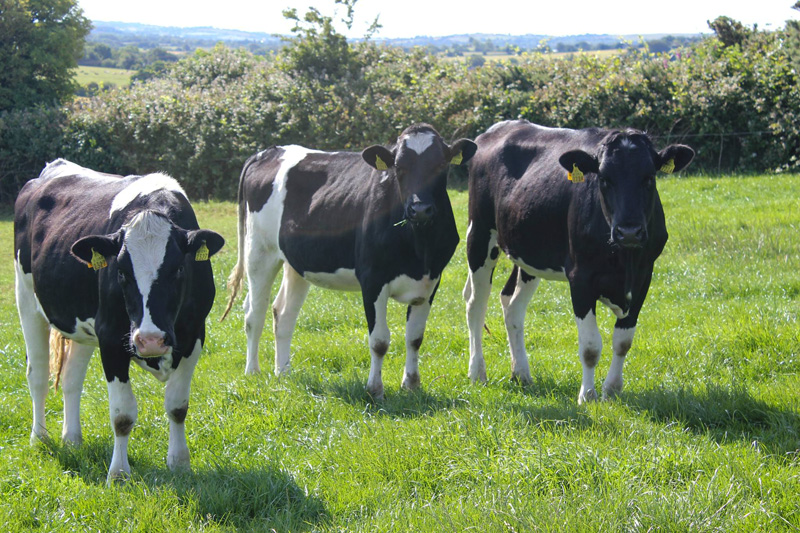 Individual contracts are drawn up to confirm who is covering what, in terms of milk replacer or whole milk, concentrate, vaccinations, vet bills and AI.

During the winter, heifer rearers will have expected increased costs – with housing and adequate winter feed required.

Into the second grazing season, breeding will incur added costs through labour and AI. However, as mentioned before, it is vital that the breeding programme is discussed and agreed upon.

The agreed return date will determine if heifers will be housed for the second winter. Curran emphasised the importance of sticking to the agreed date, as winter feed costs have a significant impact on the profitability of the enterprise.

Since the abolition of quotas in 2015, the national dairy herd has grown to 1.3 million cows. The calves are there, Curran said, but it’s more to do with getting dairy farmers to agree to replacement stock being reared off-farm.

“Some farmers prefer heifers to be locally reared; others don’t mind where in the country they go.

The key thing is having an open and honest working relationship between the dairy farmer and contract rearer.

Within Teagasc, dairy and drystock advisors situated throughout the country have matched dairy farmers looking for contract rearers with beef farmers and vice versa.

This is one possible avenue of enquiry if you are considering contract rearing, Curran said. The Land Mobility Service has also facilitated arrangements between dairy farmers and contract rearers.

Eamon Ryan should back Irish agriculture, not snipe from the bushes