EU milk deliveries have powered ahead a year on from the abolishment of quotas, with the latest Milk Market Observatory (MMO) milk deliveries map showing that Irish production is well ahead of other EU Member States.

For the period, January to February 2016, overall milk deliveries in EU Member States increased by 7.4% on the corresponding period in 2015.

However, the stand out country on the map below is Ireland, where milk deliveries for January to February this year were up 35.6% on the corresponding period in last year.

In the UK, milk deliveries have increased by 3.6% in January to February this year compared to the same period last year. 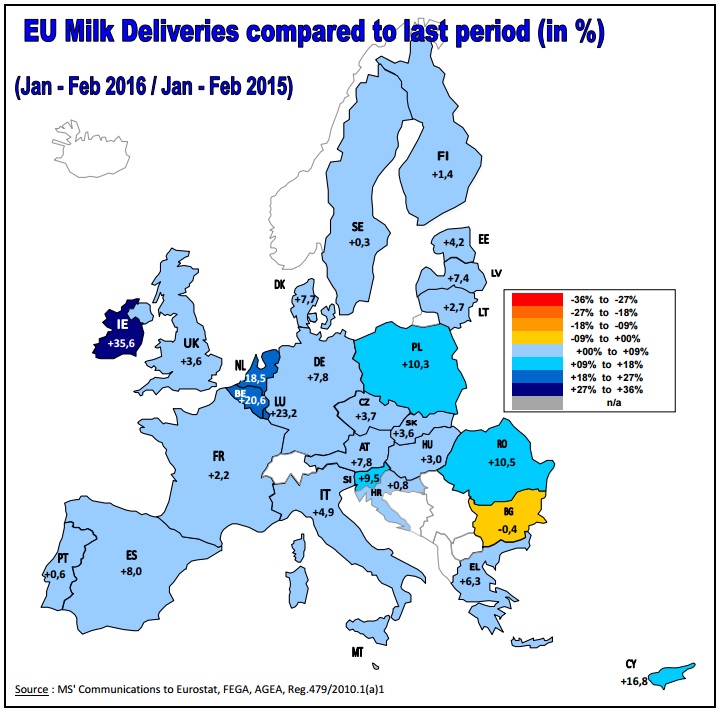 In 2016, the European Commission forecasts that EU deliveries could grow by around 2m tonnes.

Proposal to further extend superlevy payments shot down in Europe

Get to ‘Row Your Demons’ – fundraiser for mental health