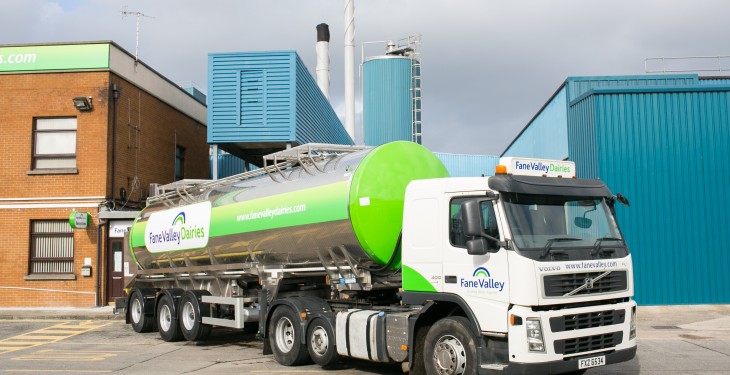 This simplified deal structure is considered to be a better option than the originally proposed strategic joint ventures, announced previously in August 2015, which would have involved both the dairy and agri-business interests of the respective businesses.

The new deal will now also see the proposed agribusiness Joint Venture between both parties scrapped.

The option to deliver this through a joint venture model has been the subject of an in-depth assessment by both co-operatives over the last 8 months.

However, in the end, it was evident that some of the complexities involved in establishing and operating a cross-border JV of this nature were going to detract from the key strategic purpose of the merger and the ability to fully realise all commercial synergies.

Accordingly, Fane Valley has opted not to take up a shareholding in Lakeland Dairies Co-operative Society as was intended in the original JV proposal.

In Northern Ireland, Fane Valley and Lakeland Dairies currently procure 250m litres and 330m litres of milk respectively each year for processing into a wide range of value-added dairy products and food ingredients, all of which are exported worldwide.

Combined with the total existing Lakeland Dairies milk pool, it will now process over 1 billion litres of milk annually.

Announcing the proposed joint venture last year both parties had projected annual revenues of the Dairy Joint Venture would be in the order of €670m.

Michael Hanley, Chief Executive of Lakeland Dairies Co-operative said the agreement reached with Fane Valley, represents a major step forward for the industry and for Lakeland Dairies, albeit not via the structure initially envisaged.

“The move will reinforce our continuing commitment to pay the highest possible milk price to all our milk producers through continuing innovation, efficiency and excellence in everything we do.

“We look forward to working with our colleagues in Fane Valley to progress the mutual success of our milk suppliers in the years ahead.

“The current market environment is undoubtedly challenging both for producers and processors. However we have a strong ambition, in Lakeland, to further strengthen our position in global markets as a leading provider of high quality foodservice products and dairy food ingredients,” he said.

Trevor Lockhart, Chief Executive of Fane Valley Co-operative commented that Fane Valley and Lakeland Dairies are absolutely convinced that the interests of their respective milk suppliers will be better served in a combined business which can deliver greater economies of scale and enhanced market capability.

“The principal goal of Fane Valley has been to create a dairy business which is better positioned to deliver maximum returns to milk suppliers in the years ahead. Recognising this, the Board has decided to focus its attention on supporting Lakeland to drive forward the expanded dairy business.

Referring further to the new way forward, Trevor Lockhart said their collective priority over the coming months will be to achieve the successful transition and integration of the Fane Valley dairy business within Lakeland Dairies.

“In view of the importance of this task we have decided that the proposed agribusiness Joint Venture would prove a distraction from the main goal, and that will not be advanced,” he said.