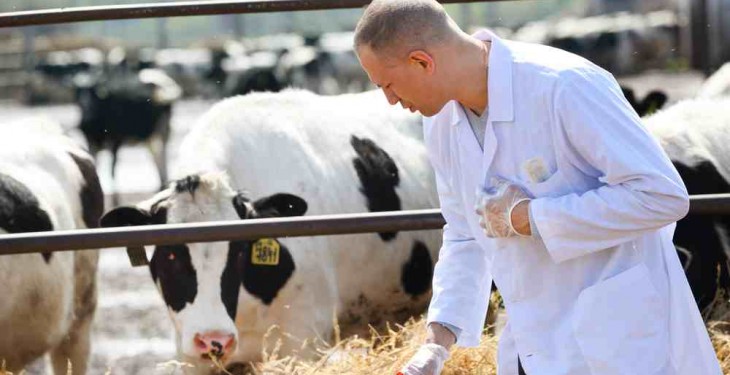 The BVD (bovine viral diarrhoea) programme continues to make good progress, thanks to the active support of Irish dairy and beef farmers and the continued strong engagement by all organisations that make up the Implementation Group.

“This is a very new and innovative approach to disease eradication in Ireland and the level of awareness by farmers and all stakeholders of the range of issues associated with this disease has increased exponentially since 2011 when AHI began its information campaign in earnest,” he noted in the newsletter.

Animal Health Ireland has found the level of compliance with the requirement to submit tissue samples to the designated labs has been very strong and is growing over time, BVD results being available for approximately 98 per cent of registered calves currently.

“The disease prevalence remains very close to that encountered in the pilot phase and predicted prior to the start of the programme. The current level of retention on farms of Persistently Infected (PI) animals is undoubtedly a cause for concern, however the detailed analysis carried out by [the Animal Health Ireland team ]shows that there is a time lag in the removal of these animals and that the headline rate of retention masks a much lower rate for PIs identified in the early months of the year.”

A series of measures to encourage the prompt removal of PIs is currently being activated, according to Animal Health Ireland and in the newsletter it said it is confident these will have the desired effect over time.

The CEO also noted that great progress has been made with the development of resources to support the CellCheck programme.

O’Flaherty said some 300 service providers, from the full range of relevant disciplines, have now been trained and are beginning to deliver farmer workshops across the country.

“This ground-up approach is being complemented by a top-down analysis of the SCC profile of the national dairy herd and of the economic cost to both farmers and processors of elevated SCC. I am greatly encouraged by the level of engagement by farmers, processors and service providers with the programme and believe that there is real momentum on the part of all stakeholders to further improve the already high quality of Irish dairy produce.”

On Johne’s disease, the technical resources to enable a programme to commence are now being rolled out, it stated.

The first in a series of training events for veterinary practitioners took place in Bandon on 4 July, and this training will recommence in locations across the country from September onwards.

O’Flaherty added: “At the Implementation Group level, all stakeholders have been engaged in the painstaking work of agreeing the ground rules to enable the commencement of a major pilot programme. I am very hopeful that it will be possible to announce some significant developments in this regard in the near future. The putting in place of a programme for Johne’s disease will allow Ireland to take its place alongside those other countries globally that are already engaged in the difficult task of addressing this costly and problematic disease.”

Animal Health Ireland will be hosting a major animal health conference in the Rochestown Park Hotel on 22-23 October. Further details of this and of the range of activity across all its programme areas are available here.