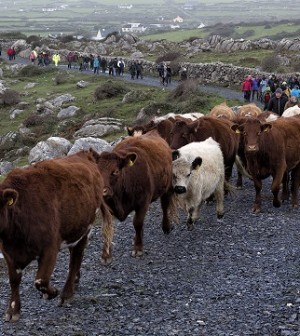 Hill farmers are protesting next week in Dublin over the ‘inaccessibility’ of the GLAS scheme and the lack of a commonage framework plan.

The protest is planned for Thursday and farmers are calling on the Minister for Agriculture, Food and the Marine to end what they say restricts them.

Brendan Joyce, Regional chairman of Connemara IFA, said the GLAS scheme is going to be completely discriminatory – as farmers will have to ask all their neighbours if they can go into GLAS.“GLAS is inaccessible for commonage farmers. Coupled with that, the European Union had sanctioned a payment of €150/ha, but our Minster brought that down to €75/ha and we want that reinstated to €150/ha.

“Farmers who were forceably destocked and made go into a Duchas programme at the time, have been promised that in 2011 they would have a commonage framework plan review, but that never happened. There was no review.”

He also said the issues of the 12 Bens/Maam Turks in Connemara and the Nephin/Owen Duff in Mayo require a rollover of the schemes until the promised commonage framework plan is delivered upon. “These farmers have been left in limbo since November 2013.”

Farmers with commonage from Galway, Mayo, Cork, Sligo and Wicklow are expected to protest next Thursday at 11am on Kilare Street.