After 4 years in dairying, I’m happy with the decision, says new entrant

Jim Dunne, on the left,, at the Glanbia discussion on dairying. 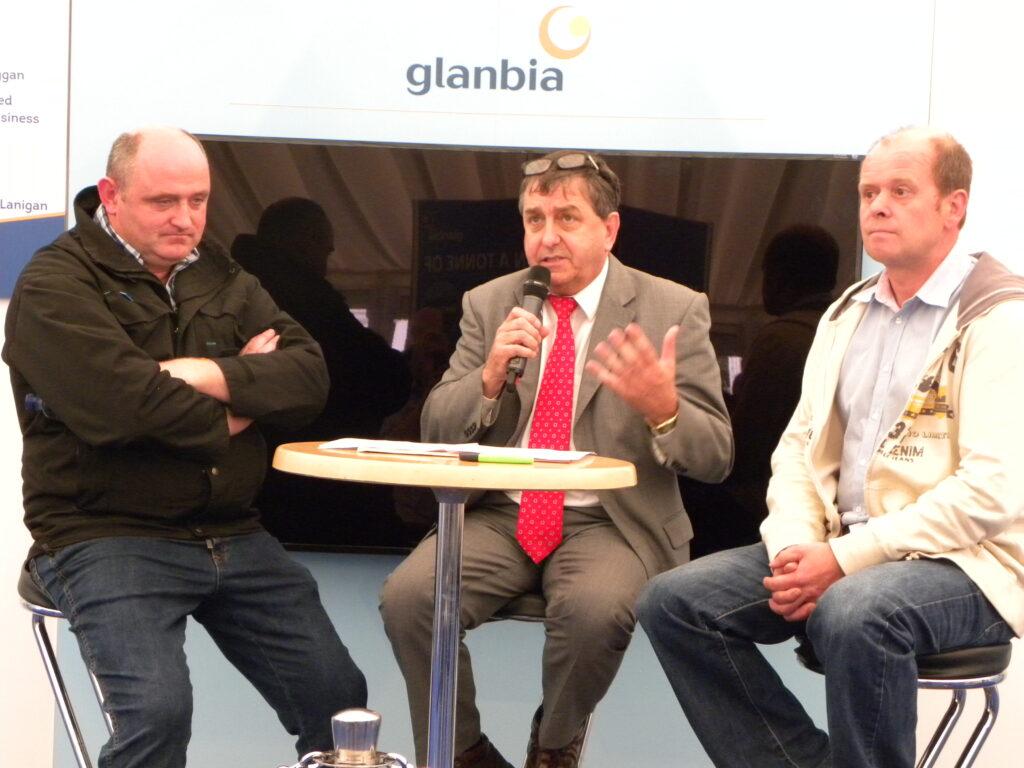 Jim Dunne, on the left,, at the Glanbia discussion on dairying.

After four years in dairying, new entrant Jim Dunne, told farmers at the Glanbia stand at the National Ploughing Championships that he is very happy with his decision to move into the sector.

Farming in Callan, Co. Kilkenny, he was suckler farming for over 10 years and was also involved in contracting business, before becoming a dairy farmer. “Watching what some local dairy farmers were at and the new entrant scheme from the Department helped us,” he said.

He also said that a lot of the planning was done on our own basis, including building and finance of the cows. “We used everything we had and maxed that out as much as we could to keep the costs a low as we could.”

As regards the lifestyle and work involved, he knew what he was getting into, as he came originally from a dairy farm and had done some relief milking when he was younger, so there was no big change, he said.

He started milking in 2010 with 70 cows and progressed to 100 now. “We started zero grazing this year and we hope to push things out to the max over the next 2-3 years and we have the stock numbers to go to 160 cows and we’re pushing to that if we can.”

He also said he was lucky enough to buy the right cows starting off and we got good advice from neighbouring farmers. “I love the new lifestyle. It was a big change at the start but when you relax into it it’s a nicer lifestyle.”

Cashflow, he says, is also more secure. “As a suckler farmer it’s either a feast or a famine, you could have a load of money one week and then nothing for ages.

“After four years in dairying, we’re very happy we made the decision. It’s a little bit of work to change over, but after that it’s smooth sailing.”

Book review: A History of Ploughing in Co. Galway