Both Glanbia and Dairygold have finalised their 2016 grain prices this week for their suppliers.

Glanbia has taken in over 190,000t of grain during harvest 2016, making the co-op the largest buyer and user of native Irish grain, according to Glanbia Chairman Henry Corbally.

The co-ops aim for the past number of years was to move grain into more specialised markets and therefore increasing the price, the Chairman said.

“Our strategy for a number of years has been to move as much grain as possible out of commodity markets and into premium niche categories.

“Over 40% of our total intake now attracts some level of premium or bonus; this is worth around €2m in total to growers compared to the equivalent non-contracted grains. 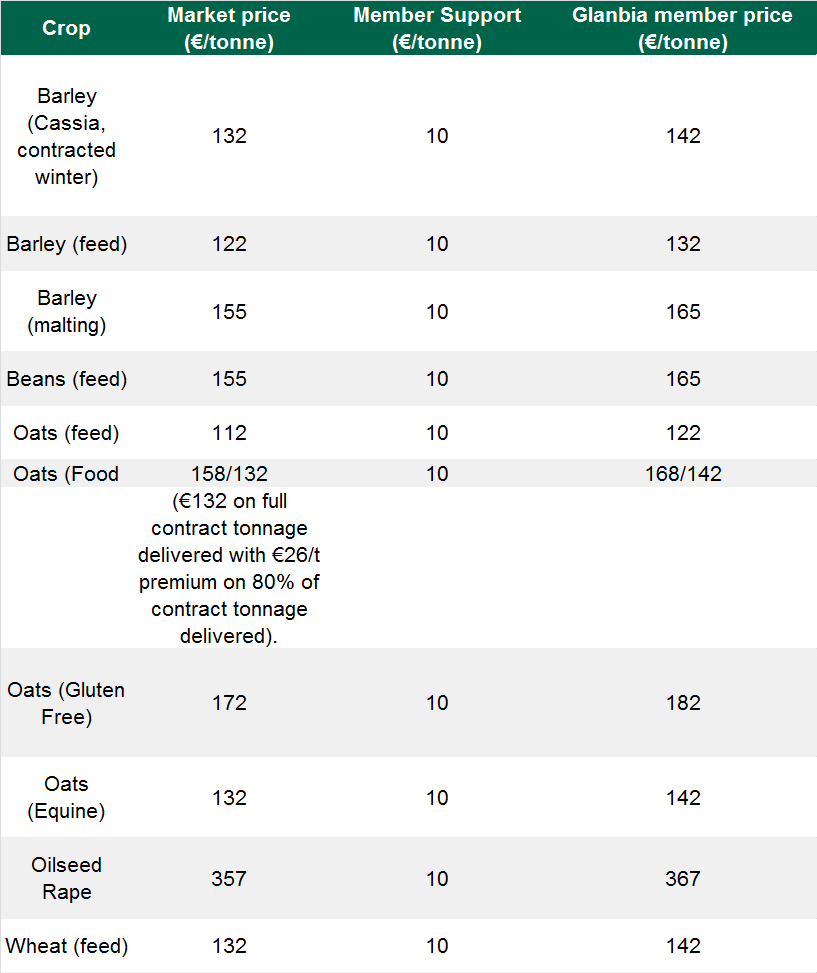 In order to assist growers, the Board of Glanbia Co-operative Society has confirmed a number of measures to support member growers:

This allows growers to participate in gains from future market improvements, should that occur.

The society has demonstrated its support for and commitment to its cereal growers by paying leading prices, according to Dairygold.

There will be quality adjustments as per cereal purchasing terms and conditions for barley, wheat, oats and contracted malting barley, the co-op said.

Prices include a premium based on minimum purchase terms.