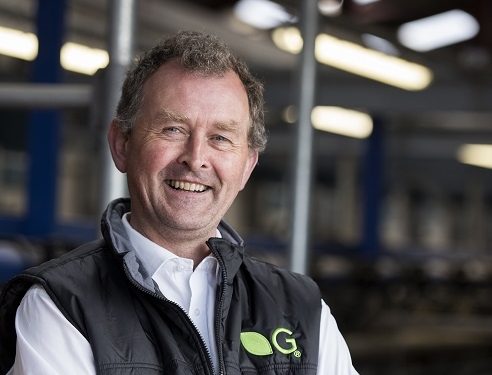 Jim Gibbons was appointed as the new President of the Irish Seed Trade Association (ISTA) at the association’s recent AGM. Gibbons is coming into the role in a two-year term, and succeeds out-going ISTA President, John Dalton of Chancellors Mills, Kilkenny.

Gibbons is well equipped for the role, having been Technical Manager of Germinal Ireland for many years.

The ISTA represents producers and distributors of certified seed in Ireland. The association says that its key role is to “promote the use of certified seed in tillage, forage and grassland crops and to ensure the best varieties of seed are made available to Irish farmers”.

Gibbons intends to work at promoting the ISTA’s role in helping Irish tillage farmers and growers. He said: “Within my term as President of the ISTA I want to ensure that the Irish Seed Trade Association continues to support the efforts of ensuring that the best available varieties, produced to the highest possible standards, are available.

Seed is the bedrock for our production systems so this is critical to ensure the continued success of Irish agriculture.