Gardaí seize quad from youth in Cork ‘with proceedings to follow’ 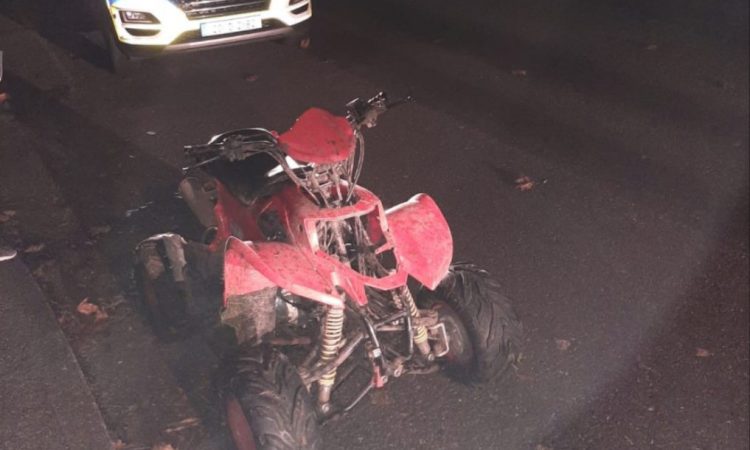 Members of An Garda Síochána have highlighted the importance of safety after seized a quad bike from a youth in Co. Cork this week.

It was added that court proceedings are to follow.

Taking to social media, members of An Garda Síochána Southern Region said: “Gardai from Unit A Togher, encountered a youth with an unregistered quad bike while on night patrol at Summerstown Grove.

Three of the six people who died in Ireland as a result of an incident involving a quad bike or scrambler were aged 18 or under, in the period 2014 to 2019, according to the Road Safety Authority Ireland

“The use of scramblers and quads by children poses a serious safety hazard. These are powerful machines, which have the potential to severely or even fatally injure someone.

“Parents considering buying quadbikes or scramblers for their children this Christmas need to be aware that when used on a public road they are subject to the same rules as other mechanically propelled vehicles.

“They are required to be registered, taxed and in good road-worthy condition. The driver of the vehicle must hold the appropriate driving licence and be insured to drive the vehicle,” the Garda statement concluded.

‘Cross-party support required to save lives’

Earlier this week, Sinn Féin TD Paul Donnelly called for cross-party support for the Sinn Féin motion on protecting communities from quads and scramblers used in a dangerous and reckless manner.

Commenting, deputy Donnelly said that the dangerous use of quads and scramblers is a “serious issue” and that communities must be protected.

“48% of these incidents involved those aged 18 or under and, in the run up to Christmas, we are calling for a public awareness campaign to highlight the dangers of purchasing a quad or scrambler as a present for a child or young person.” 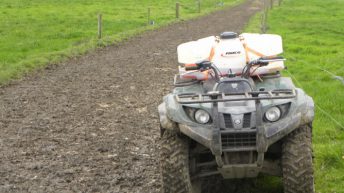 Sinn Féin motion: ‘Cross-party support required to save lives from quads and scramblers’