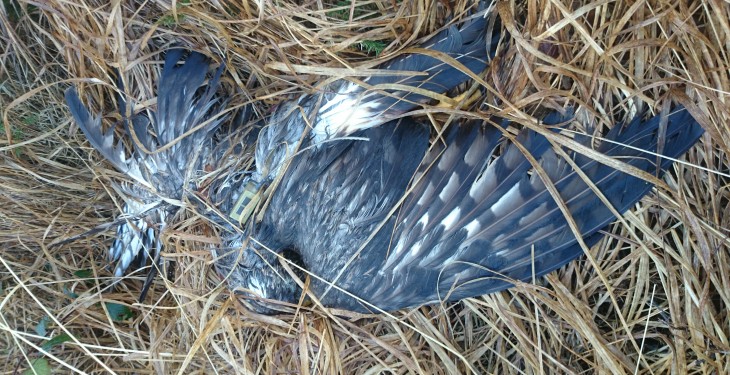 The shooting dead of a Hen Harrier in south Kerry in January has been widely condemned, which the news has been covered by media abroad.

Gardai are now involved in the search for who shot the bird and Dr Barry O’Donoghue of the National Parks and Wildlife Service said the young, female bird (Heather) it was heart breaking to find the bird dead.

According to Barry, the Hen Harrier is a protected bird and if the culprit is found guilty they could face a fine or prison.

He said forensic tests showed the bird had been shot after a search went out for the bird when its tracking device showed she was static and her body temperature had dropped to zero.

He said there are just 100 pairs of Hen Harriers left in the country, and a good number of them are tagged.

“Contrary to some reports, Hen Harriers don’t prey on lambs or adult hares, but would target rats and mice.”

He said the only two restrictions, in relation to farming that apply around the Hen Harrier, are that farmers need consent to remove field boundaries or to reclaim heath or bog.

Heather, he said, was expected to breed for the first time this year, which made the death especially tragic.

“Knowing this bird since she was a tiny chick, and having followed her every movement remotely and in the field was a real privilege, enlightening and indeed humbling. Every time without fail, she lit up my eyes when her tag showed she was alive and well.

“It was heart-breaking to find this young bird when she had been shot. An individual that gave so much joy to thousands of people that followed her progress, killed in the prime of her health. This was not just one bird, but the hopes and dreams for a species that is vanishing from our country.”

He said the young female bird was known to thousands of people who had followed her since her first flight from a nest in east Kerry two years ago through a dedicated blog.

She has been fitted with a satellite tag as part of a joint project between the National Parks & Wildlife Service and local community group IRD Duhallow to raise awareness of these birds.

According to the National Parks and Wildlife Service, Hen Harriers are largely dependent on the type of traditional farming in upland areas that has existed for generations.