Garda investigations have begun following the discovery of a man’s body at a farmhouse in Co. Cork this morning, Monday, September 9.

“Gardaí are investigating the full circumstances surrounding the discovery of the body of a 29-year-old male at approximately 7:00am today at a farmhouse in Shanavagoon, Ladysbridge, Co. Cork.

It’s understood the male had a number of injuries. He was removed to Cork University Hospital where a post mortem is due to take place.

“The scene is currently preserved and Scenes of Crime and the State Pathologist have been notified.

“A male in his late 20s has been arrested in connection with this incident and is currently being detained at Cobh Garda Station under Section 4 of the Criminal Justice Act 1984.

Last week, a “working fuel laundering plant” was discovered by members of An Garda Síochána in a series of raids which took place across three counties close to the Northern Irish border.

The Criminal Assets Bureau (CAB), with the assistance of the Garda Emergency Response Unit (ERU), the Garda Stolen Motor Vehicle Investigation Unit (SMVIU) and the Revenue Customs Dog Unit conducted a search operation on Thursday, September 5, according to a Garda statement.

The operation targeted the assets and activities of an organised crime gang involved in the theft of ATMs across Meath, Cavan and Monaghan, according to Gardaí.

A total of 10 locations were searched across counties Meath, Cavan and Monaghan including: four professional premises; four residential premises; and two yards. 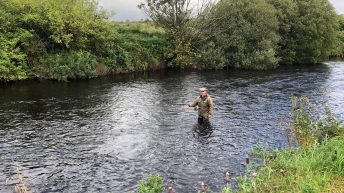