The French Minister for Agriculture and Food, Stephane Travert, has rejected the European Commission’s proposal for a 5% reduction in the Common Agricultural Policy (CAP).

This morning, the French minister sat down with Minister for Agriculture, Food and the Marine Michael Creed to discuss CAP, Brexit, fisheries, Mercosur and trade in Paris.

In a statement on the EU’s proposal for its multi-annual financial framework (MFF) 2021-2027 – published yesterday by the commission – Minister Travert said France “cannot accept” moves to reduce the CAP budget by 5% in order to compensate for Brexit and other new funding priorities.

“France cannot accept this proposal. The CAP is not only the oldest and most integrated policy of European construction, but a policy of strategic support issues of security and sovereignty for the European Union.

Such a drop – drastic, massive and blind – is simply unthinkable.

“It involves an unprecedented risk on the viability of farms by dangerously impacting the incomes of farmers for whom direct aids constitute an essential safety net.

“France will not accept any direct income decline for farmers,” he said.

Plenty to discuss with my good friend, French Agriculture & Food Minister @StTRAVERT this morning in Paris with CAP, Brexit, Fisheries, Mercosur and Trade all on the agenda. pic.twitter.com/DutyWXLhM5

Although the French Government advocates for the modernisation and simplification of the CAP to protect farmers from climate change and the volatility of global markets; the minister said the Government will now analyse the proposals “in depth” in a bid to constitute a starting point for negotiations.

“I will defend firmly and relentlessly a budget at the height of challenges that European agriculture faces.

“If we want to accompany the transition of our agriculture towards more sustainable, more resilient and more efficient systems – plus if we want to meet the expectations of consumers, and more broadly citizens – then we need to preserve farmers’ incomes and thus maintain a CAP budget at the height of this ambition.

I will, with Government and the president, fully engage in the weeks and months ahead in the defence of a responsible budget.

“From today, I will talk with my European counterparts in order to take into account the balances of European budgets for agricultural and food issues – which are crucial,” he concluded.

Meanwhile, commenting on the meeting, Minister Creed added: “As significant producers and exporters of food products, Ireland and France have traditionally adopted similar positions when it comes to the importance of the CAP and, in turn, its funding.

“This continues to be the case, and today we discussed our shared determination to ensure a properly resourced CAP in order to deliver on environmental and climate change objectives – whilst also supporting the challenges facing farmers in terms of low incomes, market price volatility, competitiveness and generational renewal.”

In his first formal engagement with Minister Klockner following her appointment in March, the ministers discussed Brexit, Common Agricultural Policy (CAP) reform and the EU budget.

It is understood that Minister Creed will outline his reaction to the commission’s proposals on reducing the CAP budget later today. 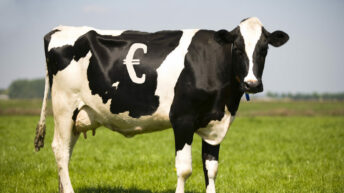