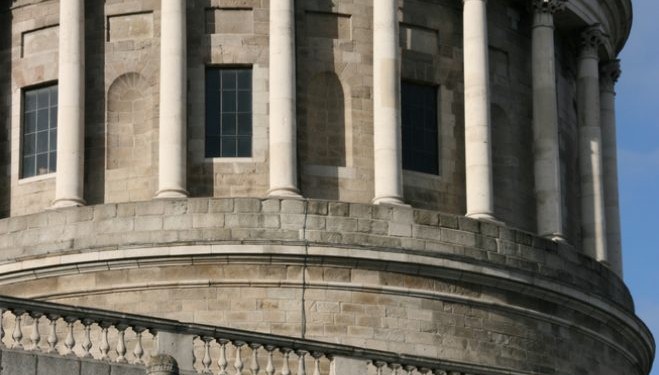 Former Dairygold CEO Jerry Henchy has told the High Court in Dublin that he joined the company at a time when the company was in a difficult financial position.

The 48-year-old businessman from Killmallock, Co Limerick is suing his former employer for around €8m in damages arising from his dismissal and he also alleges the company were responsible for defamatory material that subsequently appeared in the press. Dairygold contest the case on all counts.

Henchy told Mr Justice Daniel Herbert that a report on the business by Ernst and Young carried out soon after his appointment in 2003 revealed that the company was set to lose approximately €20m to 25m the following year unless changes were made.

He told the court  his father had been approached twice by Dairygold to ask if Henchy would be interested in being Deputy Chief Executive, then Chief Executive. He had been working for Dairyland, a subsidiary of the Kerry Group that produced food ingredients for commercial use. He had begun as a senior research scientist before moving into management positions. Between 1992 and 2003, he had worked for the company in the US, Mexico and South America. When the chief executive job of Dairygold was advertised he was asked to interview and moved his family back to Ireland.

Henchy told the court it became clear the company was not being run as efficiently as it could have been. The commercial food sector, including well-known Irish brands including Mitchelstown, Calvita, Galtee and Shaws, was not performing as well as it had, under pressure from low supermarket prices. The co-operative had also not been capitalising on a portfolio of so-called brownfield sites, former industrial sites that during the Celtic tiger appeared to be a gold mine, the court heard.

At the AGM, four months after his appointment, he set out all of the problems as he saw them. Henchy said he was surprised by the reaction from the shareholders. They held a vote of no confidence in the board resulting in the resignation of all the board holders, seven of whom were re-elected.

“That was an interesting board meeting. When people came back they were looking at a chief executive who had brought about their demise.”

Henchy told the court after this it was considered a good idea to draw up a code of conduct to lay out the relationship between the board and the chief executive. He said a document was subsequently drawn up with the help of Ivor Kelly from the Irish Management Institute that reflected the views of both the board and of himself, as a representative of the management.

The code laid out the relationship of absolute trust that needed to be between the chairman and the chief executive. Henchy told the court he could not focus on doing his job properly if personal issues needed to be dealt with all the time.

The code of conduct also dealt with board confidentiality. Henchy told Judge Herbert  the events at board meetings and of votes regularly appeared in The Farmer’s Journal. Henchy said this type of “tittle tattle” should not have been in the papers.

Two board members refused to sign the code of conduct. Henchy told the court that one of these men, Vincent Buckley, told the board that he would not be tied by the agreement because it would not allow him to speak out about some of the things that had happened within the company.

Henchy said in December 2006, when the new board was being elected, he had told the then vice-chairman, Patsy Kelleher, he would have been uneasy working with a board chairman who had not signed the code of conduct. He told the court that he had assumed this conversation was confidential.

He told the court he did not attend the vote but found out subsequently that Kelleher had asked for the vote to be postponed, on foot of that conversation. Several board members, including Buckley who was ran for both chairman and vice-chairman that year, walked out, angry at interference from the management over the vote. The meeting and the vote were subsequently reported by the Farmers’ Journal.

Henchy told the court he had tried to talk to the three men but Buckley would not talk to him without his solicitor. He said, at a subsequent meeting the following January, Buckley had suggested Henchy had a problem with him because of his role in the remuneration committee which decided the chief executive’s pay but that this was untrue.

Henchy told the court at no point during this row had he said he would refuse to work with Buckley or that he would leave his job if Buckley was elected chairman. “It was a good job. I enjoyed doing it,” he said.

He described to the court how the core businesses of the co-operative were split between Dairygold and a new company Reox. He told the court one of the big issues the co-operative faced was the number of shareholders who were leaving farming and could not recoup the value of their shares fully. It was decided, he said, the core dairy business would be kept by the co-operative while Reox would handle the property portfolio, the consumer food business and the company’s successful Munster based-home improvement stores, known as 4Home.

Unfortunately, he told the court, Reox was set up at a disastrous time. The value of the brownfield sites plummeted, the consumer brands suffered as shoppers swarmed to buy own brand products and the DIY sector also crashed.  The company was soon a “dead duck”, he claimed.

The case continues tomorrow. Dairygold, who contests all allegations, are expected to put forward its case when the courts resume after the summer recess.