Fodder budget is key in view of adverse weather, minister 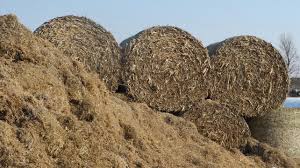 The need for budgeting of remaining fodder stocks was stressed by Minister for Agriculture, Simon Coveney, this morning.

“In view of the adverse weather, it is important that farmers ensure remaining forage stocks are carefully managed as we approach the end of the winter housing period,” he said in a statement.

The minister outlined the importance of farmers seeking advice on their particular situation and speaking to either their Teagasc advisor or agricultural consultant if they have not already done so.

He noted the recent very wet weather coupled with the delay in application of fertiliser is placing additional burdens on winter fodder stocks particularly in areas where early grazing is normally practiced.

“Teagasc and the inter-agency fodder group that I set up last year, developed a very useful fodder budgeting tool that allows farmers accurately plan out their fodder needs,” he said.

According to the latest information from the Department of Agriculture out this morning, despite a difficult start to 2013, silage and hay production was excellent last year both in terms of quality and quantity.

“Significant volumes of alternatives such as fodder beet, maize and straw were also conserved. Concentrate feeds have come down significantly in price from last year and strategically used, they can allow fodder stocks to be extended. Subject to normal turn-out of stock, fodder reserves should be sufficient within the country,” it said.

However, it has recognised that on some farms there will be challenges with fodder availability.

Minister Coveney is now calling on Teagasc to undertake a number of initiatives as appropriate to ensure farmers have access to the best available advice to manage their remaining fodder stocks and that this be a priority for the next number of weeks.

“I would urge all farmers to carry out a fodder budget now and speak to their advisor if concerned about remaining stocks,” he added.