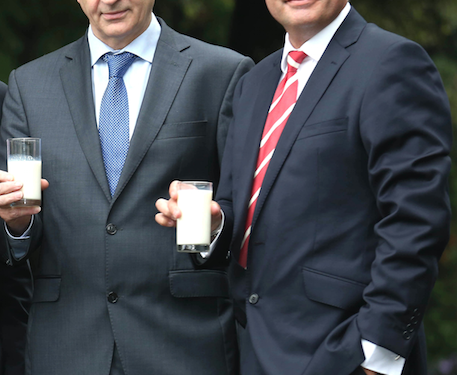 Flavoured milk has been one of the biggest growth areas for Tesco’s food division over the past 12 months, according to Kern Kinnear, Category Business Manager, Tesco.

Speaking at the IFA Liquid Milk Forum last week, he said the demand is being driven by young people who are looking to take in extra protein. “We can’t get over the growth of flavoured milk. There has been a switch around how young sports people want to take protein in. It was all about protein shakes, but now it’s natural tasty milk products they want.” He said it was especially evident with school children, of 16-18 years old, when they are heavily involved in sport.

Tesco, he said, is 100% committed to NDC-approved milk and he said Tesco is working with the NDC to develop new ways to promote Irish milk, including new innovation in the category, new products and new packaging to keep the category in growth.

The dairy foods sector, he said, has been through monumental change in the past few years, going from a sector that was based around kids’ yogurts with basic flavours, to now being a significant sector driven by value added products. Ireland, he said, has taken a lead in this sector with new product developments.

He also said that educating consumers to the provenance of NDC-approved milk was important to Tesco and this, he said, is not just about putting a logo on milk. “We are trying to drive the provenance of that milk. We are sourcing from certain people and always going back to the consumer to let them know it’s NDC-approved milk.” Tesco, he said, is leading the market among retailers with the work it is doing to promote awareness among consumers of the provenance of its milk. We use in-store stickers to push the NDC message and use the new Tesco magazine to tell consumers about the provenance, he said. “It’s about educating customers, not just putting the logo on the product.”