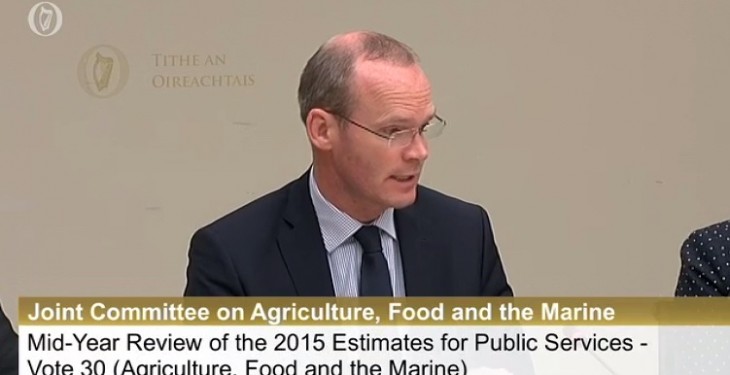 Ireland’s €13.7m in targeted support for dairy farmers looks set to be distributed by means of a flat rate payment with young farmers set to get a top-up.

Speaking at a hearing of the Joint Committee on Agriculture, Food and Marine the Minister for Agriculture gave the strongest signals to date as to how the money will be spent.

Early estimates suggest that the €13.7m found would worth €720 per individual dairy farmer.

According to the Minister, at yesterday’s dairy forum he was ‘blunt and forthright’ with farmer organisations on giving him some feedback on how Ireland should spend the EU funds.

The Minister said he agreed with the farming organisations that Ireland should base its distribution model on a flat rate payment.

“I think this will positively discriminate in favour of smaller farmers.

“That would be a good thing to do it’s not a huge amount of money. But it will help cashflow for a lot of dairy farm families.”

The Minister also strongly signalled that he will probably give some priority to young farmers in terms of some percentage top-up.

The Minister also said he will separately allocate some money for the pig sector and stressed that no decisions have been finalised yet.

Young farmers have been the worst affected by the current crisis in the dairy sector and as such any supports should be targeted at the group, according to Macra na Feirme President, Sean Finan.

Finan made the calls at the first meeting of the Dairy Forum which took place in the Department of Agriculture this week.

“Furthermore, in many cases young farmers have borrowed significant amounts of money from banks to invest in their business future.

Finan said it is precisely for these reasons that the roll out of the package of dairy measures agreed at the EU Council of Agriculture Ministers on September 15 should prioritise young farmers.

“At the dairy forum I called for a 50-100% top up payment for young farmers above the standard payment that may be agreed for established farmers,” Finan said.