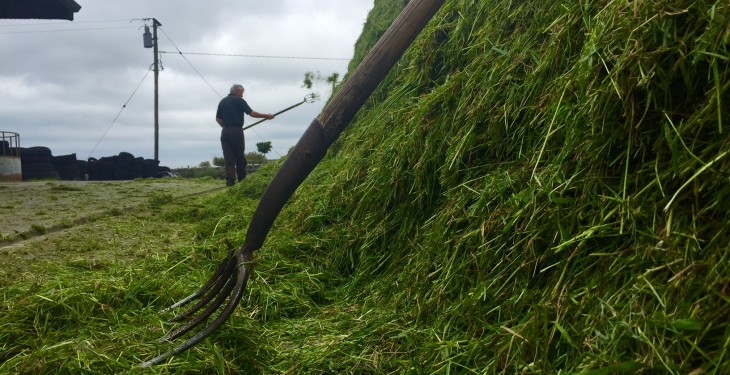 Visitors at the upcoming Livestock Event will be able to find out how to make more from forage, the cheapest form of feed, at the NEC, Birmingham on July 6 and 7.

Forage Field will be among the key hands-on demonstrations with accompanying knowledge sharing presentations, and will be split into two areas.

Forage Field’s main sponsor, Germinal, will be demonstrating the difference between a modern productive grassland sward and a worn-out ley.

It will also be comparing dry matter yield and quality and the implications for milk and meat production.

Silage Solution’s Dr Dave Davies will bring silage under the spotlight with the help of grass ensiled in two mini demo clamps.

He will be discussing how to reduce dry matter percentage losses between field and feed face, and explain the importance of good consolidation in order to achieve best clamp density and in turn minimise further losses.

There will be several Irish exhibitors at this year’s Livestock Event with forage-related products including Grass Technology, Grasstec and Zero Grazer.

Matt Knight, Event Director, said that the drive towards making the best use of home grown forages is fast gaining momentum not only amongst dairy producers but also beef and sheep farmers as they turn towards making essential cost savings on bought in feed in an attempt to achieve sustainable businesses.

“That’s why Forage Field is all about sharing information, ideas and no-nonsense practical advice to take home and implement next day on farm,” he said.

Furthermore, the best of British genetics will also be showcased in front of a line-up of judges at this year’s Livestock Event.

Judging the Supreme Dairy Interbreed Award is Ashley Fleming, who will be travelling from Downpatrick, Co. Down.

RABDF Livestock Co-ordinator, Lucy Mellor said that they are thrilled by cattle breeders’ continuing enthusiasm to exhibit their animals despite the increasing pressure they face caused by tighter movement restrictions.

“We are looking forward to welcoming them – both new entrants along with numerous old friends returning to the ring, together with a visitor audience of over 16,000 including international cattle breeders seeking out the best British genetics.”

Livestock Event 2016 will be free to all visitors. Persistently low prices across the livestock sector, have led event organiser, RABDF to agree to the free offer, as a gesture on behalf of the charity.