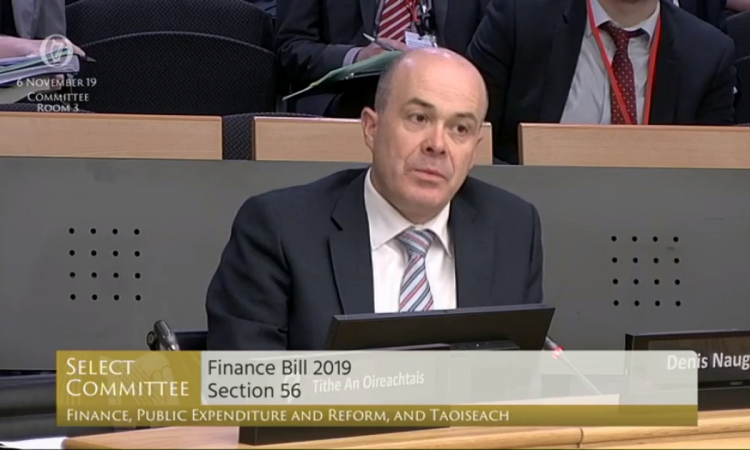 The Minister for Finance, Paschal Donohoe, has been called on to remove the age limit for farmers in relation to stamp duty relief.

The call was made yesterday, Wednesday, November 6, at a sitting of the Dàil Committee on Finance, Public Expenditure and Reform, which was debating the Government’s Finance Bill 2019.

Roscommon-Galway TD Denis Naughten made the case for the age limit to be removed, introducing an amendment to the bill that would bring stamp duty relief on par with agricultural relief, for which the age limit was removed a number of years ago.

Bizarrely, we have a different definition in terms of stamp duty, where, in order to avail of the enhanced relief, you have to be a young trained farmer.

Naughten also observed that: “The reality is that many young farmers coming into the business at the moment are leasing land. It is now the main avenue being used to release land in this country. It is through long-term leases.

A lot of young farmers are coming in through that mechanism, entering into a long-term lease with a retiring farmer. When they do get the land into their name down the road, because of an arbitrary age that is there from a historic system that was in place a number of years ago, they are debarred from getting enhanced relief.

In October 2014, then finance minister Michael Noonan removed the age criteria for agricultural relief. The amendment to the Finance Bill that Naughten tabled yesterday would extend this to stamp duty relief.

“It would provide a consistency across the board in terms of revenue dealing with farmers, and I think it would ensure that stamp duty and the transfer of property are treated in a similar manner in terms of the definition of what is and what is not an eligible farmer,” he argued.

Following the committee meeting yesterday, Naughten said that Minister Donohoe had agreed to consider the matter before the Finance Bill is passed through the Dáil.