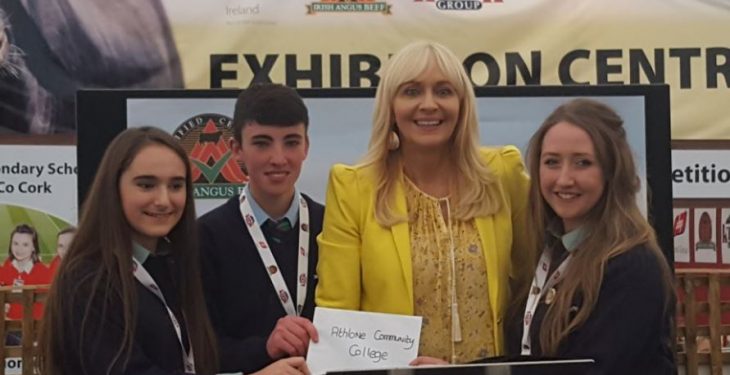 The five schools participating in the 2016 Certified Irish Angus Beef School Competition were presented with their Angus cross calves at the National Ploughing Championships today.

RTE’s Miriam O’Callaghan was on hand to present the students from each school with five Angus cross calves at the Irish Angus Exhibition in Screggan today.

The competition which is organised the Irish Angus Producer Group and supported by both ABP and Kepak is designed to encourage young people to study Agricultural Science for the Leaving Cert.

The organisers also developed the competition to give young people a strong basic understanding of farming for future life.

In total, there are 17 students involved from the following schools:
Advertisement

Winner to be announced in early 2018

In early 2018, the winning school will be announced and the successful group of students will take home a prize pot of €2,000, the organisers say.

Along with the first prize of €2,000, all of the participating schools will receive the original value of the calves plus any profit made during the time spent on the host farms after all reasonable costs have been deducted.

Applications for the 2017 edition of the Certified Angus Beef Schools Competition are currently being taken, with November 1 the closing date for entries.