Crowds surge to Tullamore with 111,000 visitors on Ploughing Day Two 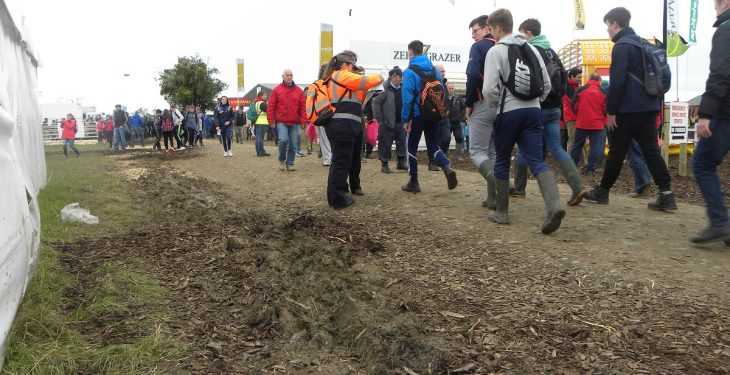 Crowds have continued to flock to the National Ploughing Championships in Tullamore, as 110,000 passed through the gates on Day Two.

Fears of showers in the afternoon failed to deter the masses from attending the largest outdoor agricultural exhibition in Europe today.

Taoiseach Enda Kenny was one of the many politicians in attendance at this year’s event and he paid tribute to Ms Anna McHugh, the National Ploughing Association (NPA) staff and the hundreds of volunteers need to host the event every year.

Minister for Agriculture, Michael Creed, also took to the walk ways of Screggan, where he outlined his plans for the creation of a National Tillage Forum and possible income tax changes in the upcoming budget.

Speaking this evening, NPA Managing Director Anna May McHugh said the showers in the afternoon failed to dampen the spirits of those who attended day two of the three day extravaganza.

“We expected large crowds again today given the positive reports and great feedback received yesterday, and even showers in the afternoon didn’t dampen the party mood and festive spirit,” she said.

The Wexford-native had competed in the competition last year and was also the Wexford Macra representative in the FBD Young Farmer of the year competition which was held in September.

Kehoe competed against a number of young farmers and he claimed first place with six more points than his closest competitor.