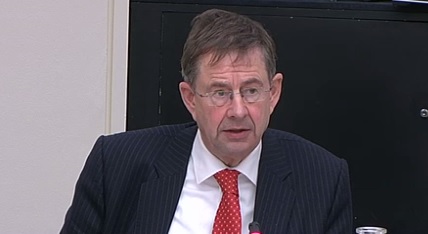 The Government’s offering for farmers in yesterday’s budget has been heavily criticised by Fianna Fáil Spokesperson on Agriculture, Éamon Ó Cuív.

He said the overall record of Minister Coveney is one of not ensuring that farm incomes and profitability have improved sufficiently.

“Under his tenure, industry rather than ordinary farmers have reaped the dividend of higher volume output.

“The real disappointment in Budget 2016 is the roll out of rural development programme (RDP) schemes.

2016 is year 3 of this 7-year programme and expenditure is still running far behind targets.

“Next year, the projected underspend for agri-environmental schemes (including AEOS and GLAS) is only projected at €203 million instead of the €250 million provided for GLAS on its own in the RDP,” he said.

According to O’Cuiv, the TAMS allocation for next year at €36 million is far behind the projected allocation and shows slippage on expenditure also.

“I have consistently said that the RDP would fall behind target, and unfortunately, as we approach the mid-way stage of the cycle for the 2014-2020 programme, this prediction will be all too true.

“It is also deeply regretful that no exchequer funding was allocated to match the €14 million EU package agreed for the dairy sector recently and that no sheep scheme announcement was made as sought by farming organisations.

“Once more, Minister Coveney did not provide in the budget for deposit relief which is a way to deal with farm price volatility.

He also did not introduce a simplified tax returns system for farmers in the budget, which is disappointing, and is something that Fianna Fáil had called for.

“I welcome the reduced motor taxation on commercial vehicles which in some cases reduces the tax to €900 from over €5,000.

“This will be of benefit to the forestry and agri-business sectors, which are very transport intensive. Other than the self-employed tax relief being introduced, most farmer specific taxation measures announced, while desirable, will benefit a very small number of farmers.

“Direct payments affect virtually every farmer in the country. For the majority of farmers, the budget has brought no substantial improvement.

“Rural communities have been let down by this Government. Farmers will exercise their verdict on Fine Gael’s falsehoods perpetrated during their time in office on polling day. The day of judgement cannot come quick enough,” he said.