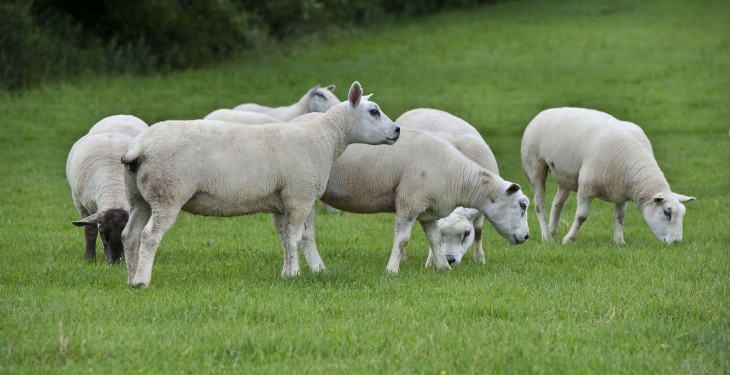 The plane of nutrition in late pregnancy has a major influence on lamb birth weight, lamb vigour and survival, colostrum production and ewe body reserves, all of which influence subsequent lamb weaning rate and weaning weight.

This is according to Maurice O’Connell of Teagasc. He added that consequently, appropriate nutrition and management during late pregnancy is one of the keys to profitable mid-season lamb production.

He explained: “Each 1 kg. increase in lamb birth weight increases subsequent weaning weight by 3.2 kgs. As concentrates are costly, it is essential to feed optimum level which is dependent on forage quality and expected litter size.

“Grass silage feed value, as determined by digestibility and intake characteristics, is the major factor affecting ewe performance and subsequently efficiency of production, during the housing period.  Reducing silage chop length increases ewe and subsequent lamb performance. Much of the silage made in 2013 is of moderate quality and needs to be supplemented with meals.”

O’Connell outlined the effect of a silage system on ewe and subsequent lamb performance.

“High feed value grass silage can reduce concentrate requirements by at least 75 per cent whilst maintaining animal performance,” according to the Teagasc expert.

“Supplement with a concentrate containing 19 per cent crude protein and include soya bean meal as the major protein source. In areas where maize silage is available it can replace grass silage. However extra mineral and vitamin supplementation is required. Protein concentrate of the feed would also have to be increased to 22 per cent, according to expected litter size and lambing date to minimise concentrate usage.