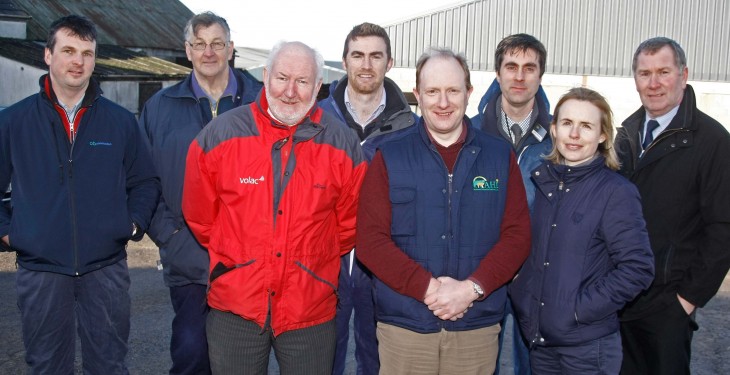 Three, not as previously thought two litres, of colostrum are required promptly by new born calves according to AFBI Hillsborough scientists.

“Ideally within two hours of birth and certainly before six hours have passed quality colostrum must be fed by tube or bottle,” the AFBI scientist asserted.

“If you simply let a calf suck the cow there is no certainty enough colostrum has been drunk. Yet getting a bad start in life due to insufficient colostrum and the antibodies it contains has a huge and costly impact. Aside from higher mortality and poor thrive on farm research shows that calves denied enough colostrum produce a 1,000 litres less milk in later life.”

Dr Morrison also urged farmers to take time to check colostrum quality and when selecting a milk replacer for any stage of the calf’s life he strongly advised taking time to read the label. “Make sure protein levels are high and that the right type of animal based proteins, such as whey, have been used by the powder manufacturer.

“Above all, do not use colostrum from another farm or indeed cow as this risks disease transmission. Use the calf’s own mother’s colostrum or a quality powder replacer.”

Comments, which evoked a lively discussion on the practicalities of ensuring every calf gets sufficient colostrum no matter what the hour of birth.

As regards research Alistair Sampson of Volac noted how trials on 40 farms using 750 calves had demonstrated that Calf Volostrum was an easy to use and highly effective substitute for colostrum.

“Volac Calf Volostrum, like all Volac milk powders for calves and lambs, is made in Wales using whey protein bought from processing plants nationwide, including Northern Ireland,” Alistair added. “Thus those using Volac Volostrum are supporting their own industry and are feeding a proven product with 76 per cent crude protein.

“For added peace of mind Volostrum is pasteurised against Johne’s disease and is EBL, enzootic bovine leucosis, free.”