‘Fat dairy cows will be the most problematic at calving’ 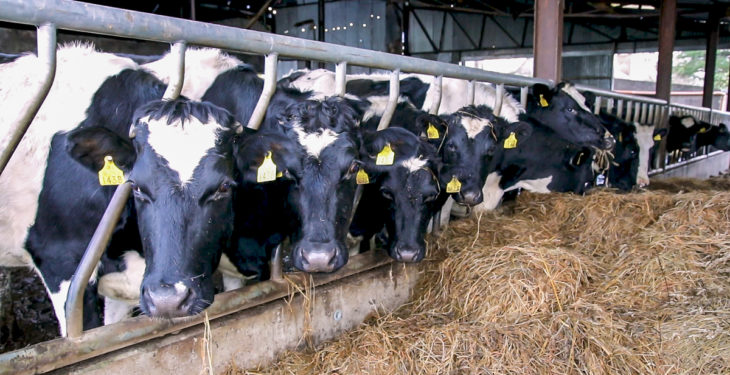 While the majority of farmers across the country have already body condition scored (BCS) their herd and prioritised thinner cows, Teagasc’s Stuart Childs outlined – at today’s Shinagh dairy farm’s open day – that cows with excess body reserves will be the most problematic at calving.

This year may be different to other years. Cows may have a higher body condition score as a consequence of feeding extra concentrates due to the drought which gripped Ireland earlier this summer.

Both Stuart and Teagasc’s Noel Byrne noted that – fat cows with a BCS of four or more – may get overlooked compared to thinner cows in the herd.

“You want cows fit not fat, as these cows will be the most problematic cows at calving,” Stuart explained.

“Such problems like ketosis, milk fever, hard calvings and even lameness issues may arise. If you have a fat cow, she can not be getting high-quality silage; she will have to be restricted.”

Both Stuart and Noel noted that it is advisable to group cows in relation to BCS and test the quality of silage on the farm.

Measuring the body condition score (BCS) of cows in your dairy herd is an important management tool.

Also speaking at the open day, Teagasc’s Matthew Ryan discussed the three important stages of the year when it is critical to have dairy cows in optimum body condition.

Matthew also highlighted that key areas of the cow to assess are: along the long and short ribs; the hip bone; the spine; the tail head; the pin bones; and the cavity between the pin bones and tail head. 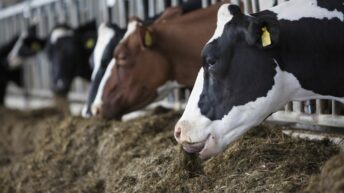 Is good-quality silage on the menu for your dairy cows?