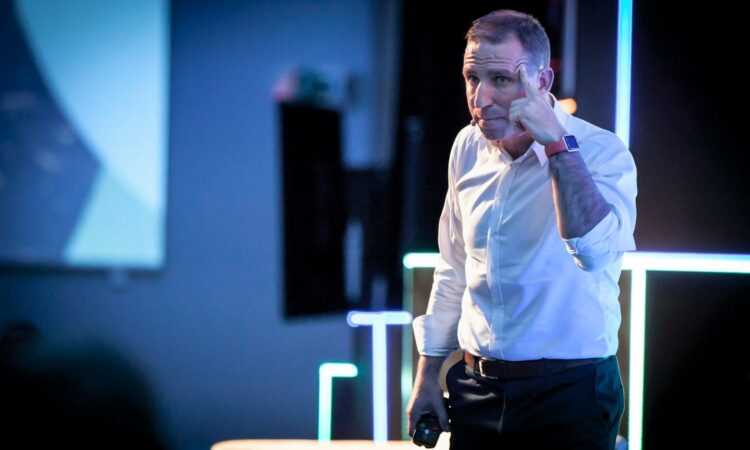 Exposure to farming in childhood can sow the initial seeds of professional leadership that can be applicable to any sector later in life, former All-Star winning Gaelic footballer Enda McNulty contends.

The former Co. Armagh defender and leading national and international performance coach is firmly of the opinion that spending his formative years working on his uncle Patsy’s 200ac beef and dairy farm, located at Lislea – along the margins of the mythological mountain range of Slieve Gullion – had a lasting effect on his development.

Sitting down with AgriLand, McNulty – author of best-selling book Commit!: Make your Mind and Body Stronger and Unlock your Full Potential – outlines the life-long benefits of sustaining one’s agricultural roots.

My background and my upbringing in south Armagh on the farm had a really positive influence on my character development; there is no question about that.

And, he says, the reasons for that have become more apparent over the years.

“Firstly it is the work ethic that farming exposes you to; and secondly you learn the importance of being able to converse with others from farming backgrounds themselves,” said the high-performance coach who has worked with some of the country’s top athletes including: Brian O’Driscoll, Johnny Sexton, Sean O’Brien, Annalise Murphy, Paul Galvin and David Gillick.

“Whether a person works in Kerry Group, Bord Bia, Dairygold or whether they are an international rugby player like Sean O’Brien or CJ Stander who also grew up on farms, if you were involved in agriculture in your formative years you almost develop a universal language that connects you with others.

“It can help you to build business relationships – whether that is in business or sport or agriculture. What is really important is that you are able to build a rapport with these individuals because you have a common ground.

“It makes it easier,” he said. 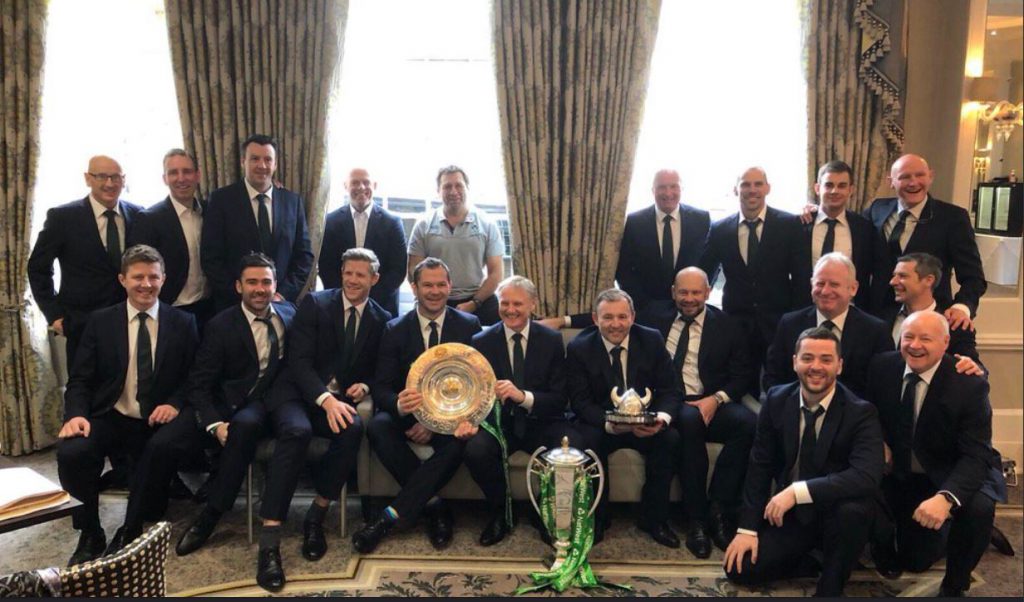 “Recently we were in Tokyo, Japan, at Amazon’s headquarters and some of the guys we met were from a farming background. So, having grown up on a farm, I was able to converse with them about what sort of grains their family harvest; what are the revenue streams; how they are diversifying,” he said.

McNulty humbly equates much of the success he is experiencing today with a devastating farm accident that almost cost him all his hopes and aspirations when he was just 17.

One summer’s evening, just days before his club – Mullaghbawn – had an important championship semi-final, he was bringing home hay for bedding with his brothers Paul and Justin, cousins David and Ciaran, and his neighbour Donal.

Carelessly rushing to bring home one more load before training, things took a sudden turn for the worse when the Ford 4000 tractor, that his brother was driving, was unable to turn a sharp corner at speed.

The boys were flung from the top of the load over a fence and into an adjacent field. Unfortunately, McNulty crashed through the fence causing serious injury to his arm.

He ended up with multiple fractures and severe neural damage to his right arm; it still bears the scars.

The right-handed, stand-out young GAA player was told by surgeons that he would never play football again.

Distraught by the news, but by no means broken, McNulty’s family and a special school teacher strengthened his resolve by helping him develop a positive mindset.

After eight months of sheer mental and physical determination to overcome the injury; McNulty recovered full control of his hand and full strength in his forearm.

He went on to become a towering member on the Armagh senior football team between 1996 and 2010. He won an All-Ireland medal in 2002 when ‘The Orchard County’ defeated Kerry; he was awarded a prestigious All-Star accolade for his displays that season. 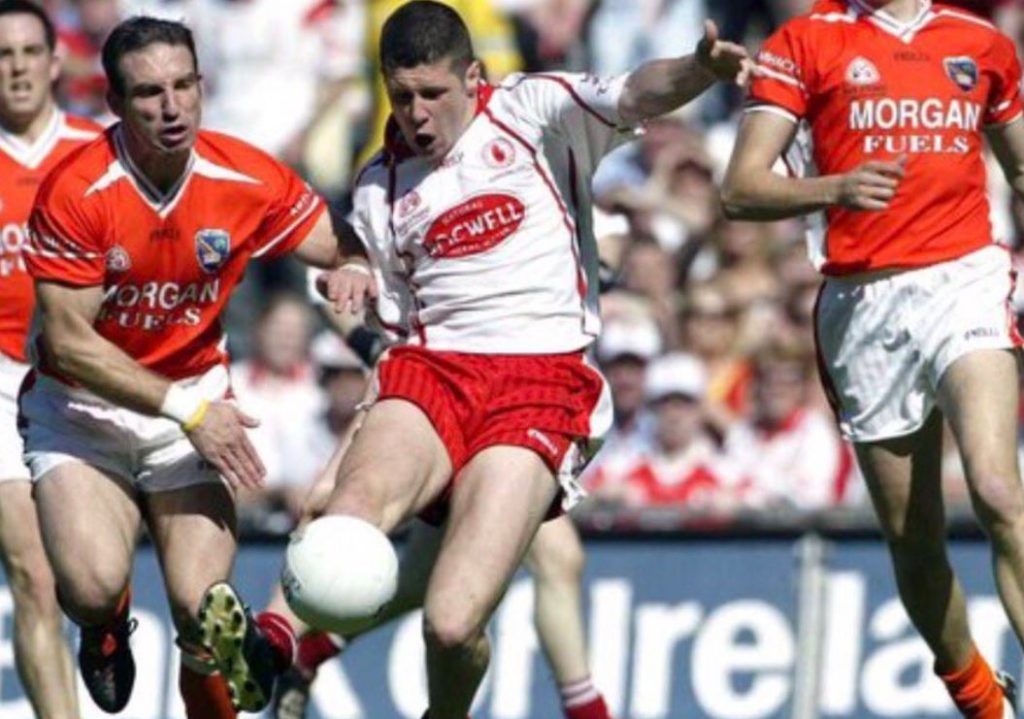 “When you are brought up on a farm there is something very centered and very grounding about you.

“Because of the nature of the work you are willing to go out at 6:00am when the silage cutting starts; and you stay out until 1:00am in the morning because that’s what you have to do to finish the job.

You can’t leave halfway during the day and leave the silage only half-cut, or the silo pit only half-filled.

“If you don’t have a work ethos you are not going to succeed in any career or in any endeavour. So I think the most important thing that farming has given me right from childhood is that work ethos.

“It is the Alex Ferguson concept of Nihil Sine Labore – nothing without work,” he said.

McNulty, who was also involved in the supportive set-up behind the Irish rugby team that this year claimed the Six Nations, Triple Crown and Grand Slam, says team members from agri roots also have a unique approach to comradery.

The guys from farming backgrounds are a very important part of that culture; they add a characteristic to that culture and it’s very much part of bringing a richness and diversity. They bring their own flare.

“But it’s the same with the guys who have a passion for technology or a passion for music, like Robbie Henshaw – a guy who can play the accordion,” he said.

McNulty, who studied psychology, is extremely ambitious about the future of his company – McNulty Performace, located in Donnybrook, Dublin 4.

“Our vision is to be a game-changing company that transforms human potential globally.

“Our mission is to inspire people to be at their best – whether it’s a young professional rugby player, a young chief executive of a company or a young aspiring leader in performing arts; agri food; technology; sales and marketing; or even in philanthropy,” he said.

Although McNulty is not currently involved in farming, he still seeks inspiration on the land where he grew up.

Last work out of Christmas just complete. What a way to ease into a positive start to new year. #Commit to unlocking your potential pic.twitter.com/ao5rpCFYSz

In latter years the farm was leased out; however, McNulty’s brothers, Justin and Paul, are now upgrading the holding into a rejuvenated beef and dairy enterprise.

“Overall I’ve no doubt that being brought up on a farm has had a really significant influence on me as a leader, a sports man, a business leader, as somebody who is trying to grow a game-changing company.

It’s been instrumental on my overall character development.

“Every time I get home to Armagh I still run through the farm where I was brought up. I run the fields, the hills, the mountains and through the forests. 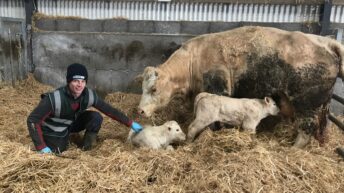