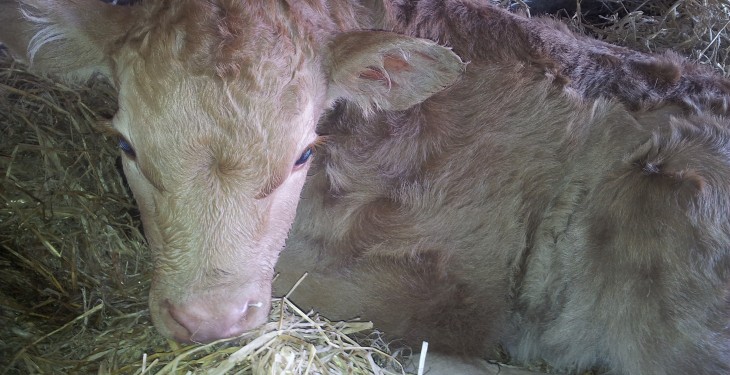 With Christmas now behind them many farmers thoughts will now swing to the spring and in the case of many suckler and dairy farmers calving.

Proper management of cows pre-calving plays a direct role in a successful spring for farmers. Of note mineral and vitamin deficiency in cows post calving is something that farmers should not take lightly.

At a recent beef seminar Galway based vet Conor Geraghty outlined a case in his area where a suckler farmer lost 36 calves under 28 days in one year as a direct result of a mineral deficiency. He outlined that if that farmer was to bring those calves to the mart at a week old he could have easily got €15,000.

It is generally advised by Teagasc and vets to feed dry cows mineral and vitamin mixes for approximately six weeks pre-calving in order to combat deficiencies in the total dietary intake.

According to Teagasc researchers Emer Kennedy and Eva Lewis, who have done extensive work in this area, the precise amount of supplementary minerals and vitamins depends on the nature and extent of any shortfall, potential dietary interactions and intensity of production.

In their paper entitled rearing healthy calves it outlined that such deficiencies can lead to serious health issues for both cow and calf. For the cow issues such as retained fetal membranes, lazy calving, calving difficulty, milk fever, calf death and poor calf health.

For calves maternal deficiency of some trace minerals and vitamins in late pregnancy can seriously compromise their immune system. This may increase susceptibility to scour, pneumonia, navel ill, joint ill, etc.

Their paper outlined the impact of specific mineral and vitamin deficiencies on health at calving:

Iodine
Low dietary iodine (I) intake during pregnancy has been associated with an increased incidence of small and weak calves, increased incidence of goitre, decreased resistance to hypothermia, decreased survival and low immunity. Cows recycle I poorly, which means that I is not stored in the body and so must be supplied in the diet. In the past I deficiency was recognised as endemic in cattle and sheep in Ireland. This resulted in I being routinely supplemented.


Selenium
Selenium is one of the minerals which crosses the placenta from the cow to the calf and so Se supplementation of pregnant cows has been shown to increase the Se reserves in newborn calves. Be careful, as high Se areas do exist, and in this case it is dangerous to feed supplementary Se due to the potential for Se toxicity. If you are unsure of your animals Se status it is possible to test the blood enzyme Glutathione Peroxidase, which is indicative of Se status in the animal. Selenium and vitamin E are often considered together as they have a similar function.


Vitamin A and D
Like vitamin E, vitamins A and D do not cross the placenta in significant amounts and so the calf relies upon ingestion of colostrum for these vitamins. As a result it is extremely important that the colostrum contains adequate amounts of these vitamins. Vitamin A plays an important role in combating infection and it increases disease resistance and stimulates the immune system.

Cows that have a deficiency in vitamin A can also produce dead, weak or blind calves because vitamin A is needed for normal growth and development including growth of the foetus. Cows grazing outdoors generally have high levels of vitamin D due to being outdoors and obtain high levels of vitamin A from the pasture. However indoors on winter diets concentrations of these vitamins can be variable and in the absence of accurate information on dietary and animal vitamins status, supplementation is often practised.

Teagasc advises that an analysis of farmers feed can identify the specific problems and farmers can choose a mix appropriate for their own scenario.

It highlights that it is very important that farmers feed the mix as per the feeding rate, as the feeding rate is specifically designed to match the mineral and vitamin concentration in the mix.