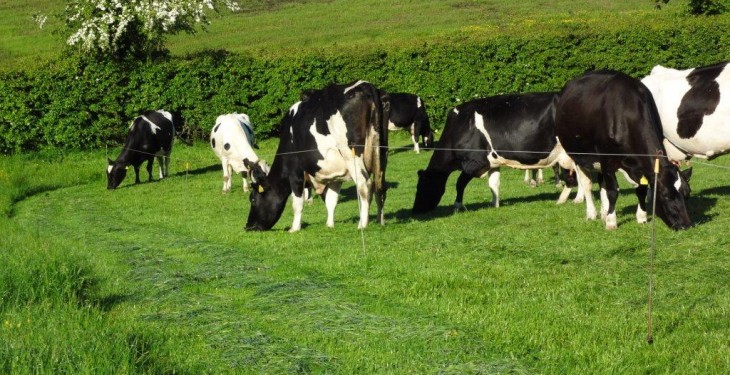 Access to land, or the lack of it, is hindering young farmers with ambition, according to the speakers at the National Dairy Conference.

Five young farmers outlined their farming situations and plans for the future at the conference and they all said land mobility was an issue for them.

Michael Bateman, who farms 500 cows in Cork, says his target is to ensure as much profit per hectare as possible. His target of 1,300kg/ha of milk solids is a key driver for him, he said, and will not be dictated by falling milk prices.

He predicted that milk prices will be low for the next while, but he said prices must be looked at from a five or even 10-year perspective. Building up his farm, from 80 cows, he said he invested on high EBI cows and spent little on infrastructure. “You can get swallowed up with milking machines, diet feeders and tractors,” he warned.

Daniel O’Donnell, from Co. Waterford, took over a farm with heavy soils that needed a lot of drainage. While he got quota five years ago from the Department of Agriculture, cash was tight and he concentrated on spending money on the land, draining, reseeding and installing roadways.

“I’m not fearful of the dip in milk prices that’s coming. Over the last 10 years you can see it dips and rises and you have to ride out the tough years. If you stick with a grass-based system you have reduced your exposure to costs.”

The current Macra na Feirme Young Farmer of the Year, Sean O’Donnell, said he compact calving is the single biggest driver of profitability on his farm. “You need to have your cows calved when the grass growth peak is happening.”

Access to land is crucial, he said, and suggested that an increased minimum stocking rate would encourage more fallow land to come onto the market.

David Hannon of Meath said land mobility is also his issue. His farm has a stocking rate of 2.9LU/ha and his herd has a high EBI, one of top 200 herds in the country. His said the recruitment embargo in Teagasc is affecting him, as there is no dairy advisor in his locality.