There are reports that farmers are bringing firearms into their bedrooms at night in order to protect themselves, according to Sinn Fein TD Carol Nolan.

Speaking in the Dail recently on the topic of rural crime, Deputy Nolan – who represents the Offaly constituency – outlined that people on the ground have confirmed that incidents of rural crime are on the increase.

“We have had meetings in Cloghan and Banagher and there was a meeting last night in Coolderry attended by over 200 people in solidarity with Richie McKelvey, the farmer who was savagely attacked.

This is spiralling out of control. We need resources. People are living in terror. There are reports of farmers bringing firearms into their bedrooms at night in order to protect themselves.

A recent report that 45% of agricultural crime goes unreported shows that there is clearly a lack of confidence in the current system, Deputy Nolan said.

“People in rural communities are not asking for anything to which they are not entitled. We want a fair chance and fair play. We want our Gardai on the ground, as it used to be when Gardai were visible and were always present or when local Gardai also acted in the community and struck up a great rapport with those communities. We are calling for that to be restored,” she added.

‘Criminality is on the rise’

Meanwhile, Fianna Fail TD Niamh Smyth told the Dail that there have been eight break-ins at people’s homes across an area from Clones, Co. Monaghan to Mountain Lodge, Co. Cavan in recent weeks.

The elected representative for the Cavan-Monaghan constituency detailed how a couple in their early 70s in the Cootehill area was one of 16 homes and businesses that were broken into in the past number of weeks.

Criminality is on the rise. That particular couple had to barricade their farm machinery and equipment and almost barricade themselves into their home and farmyard.

“On three occasions during the past couple of weeks, that one farmyard and house was broken into – with attempted robbery on one occasion, while equipment was stolen on two occasions. A total of 16 homes and businesses within an eight-mile radius of Cootehill were affected,” she said.

Deputy Smyth also called for some rural Garda stations which are opened on a part-time basis to return to 24-hour operations.

In response, the Minister for Justice and Equality, Charlie Flanagan, outlined that An Garda Siochana carefully monitors the activities of criminal groups affecting all areas of the country and it is implementing strong policing measures to disrupt and dismantle their networks.

“Very significant resources have been provided to An Garda Siochana, including an overtime allocation of €100 million announced in Budget 2018 to support large-scale policing operations, including Operation Thor.

“In addition, Operation Thor has targeted mobile criminal gangs engaged in burglary and related crimes and it is encouraging to note that since the launch of the operation in November 2015, the burglary figures have shown a significant downward trend.

“The Central Statistics Office’s official recorded crime statistics for 2016 show a decrease in burglary offences of 30%, when compared to the previous 12-month period in 2015. This reflects the success of the concerted Garda drive against crime being implemented under Operation Thor,” Minister Flanagan said.

The minister also added that his target to ensure the overall Garda workforce reaches 21,000 by 2021 is firmly on track. A further 800 new Garda recruits will enter the Garda College next year, he concluded. 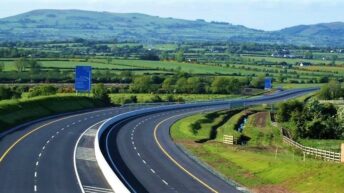