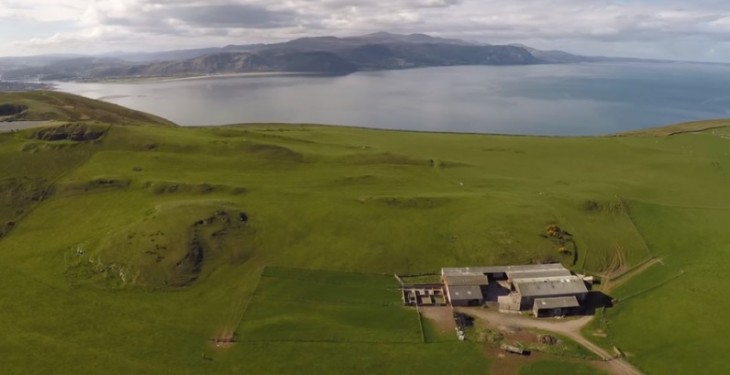 A shepherd has been found to rent out a farm worth £1 million on the Great Orme headland in north Wales, for just £1 pound a year.

Last year the National Trust bought Parc Farm on the Great Orme limestone headland in Llandudno in north Wales and issued an appeal for a farmer to help protect the landscape of the area.

Following interest from around the world the Welsh National Trust has chosen Welsh farmer Dan Jones to take over this landscape and farm in a way that encourages it to recover and thrive.

Dan will take a “nature-first” approach to farming in this special place which is home to rare habitats and species found nowhere else on earth, the trust has said.

He will be joined on the 145ac coastal farm by wife Ceri, son Efan and five hard-working sheep dogs Tian, Nel, Bet, Moss and Floss.

Currently, Dan farms 1,000 sheep on almost 400ac on the island of Anglesey while also working for the trust as a support shepherd on the slopes of Snowdon. Dan has said that this opportunity will change their lives.

“The Parc Farm is a dream farm, it is such a beautiful location, the views are amazing, and I’m really looking forward to farming in a different way to make a difference for nature.”

With the tenancy at just a pound, it allows us to be able to farm far less intensively, focus on improving the habitats, share more of what we’ll be doing with visitors and still produce great food.

The National Trust took action to buy the farm in May last year not only because some of its key habitats and species were deemed at threat, but because it was being sold with the potential to develop its fragile limestone grasslands into a golf course.

It is home to rare species not found anywhere else in the world including the wild cotoneaster and two subspecies of butterfly, the grayling and the silver-studded blue.

The Great Orme general manager William Greenwood and his team took calls from potential applicants at the rate of over 100 an hour for days but they said Dan and his wife Ceri stood out from the crowd.

One of Dan’s first actions as the new tenant of Parc Farm will be to buy his new Orme flock, which will be paid for by the trust’s partner, conservation charity, Plantlife.

What the National Trust is doing at the Great Orme forms part of its plan to nurse the natural environment back to health and reverse the alarming decline in wildlife across the UK.

This part of the farm that Dan and his family will be taking over for just £1 pound a year: 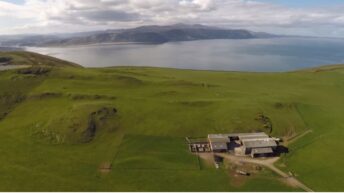 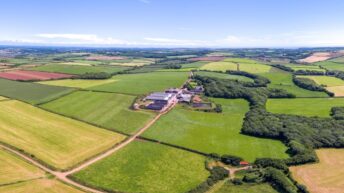