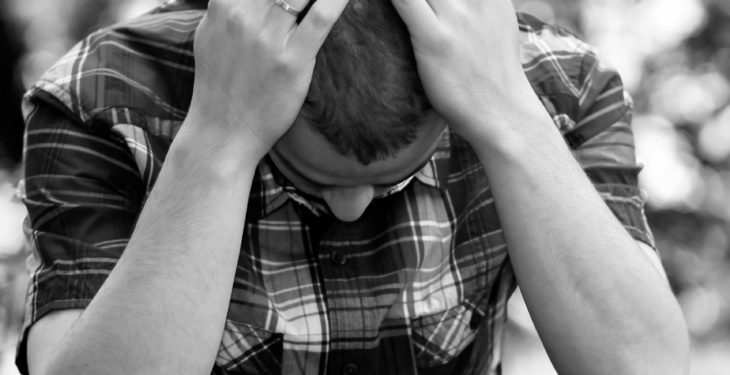 “To be very blunt about it, I had a gun loaded and put to the side of my head,” recalls the vice-chairman of the Golden Shears World Council and mental health advocate, George Graham from Wexford.

“I went to bed and I wanted to end my own life. I can guarantee you I was in the worst place.”

Graham, who will be one of the speakers at a farm open day in Wexford, is urging others who have slipped down through that same dark tunnel to take that first step, which he said is the hardest, and to speak with someone to get on the path to recovery.

The Gorey man chairs the new organisation, Head to Toe Awareness, which will hold its first event – a farm safety and mental health open day – on Leslie Dixon’s farm at Moneylawn, Gorey, on Saturday, September 30 from 11:00am to 4:00pm.

Most farms are now one-person operations, with very long days that are both physically and mentally draining, said the farmer and professional sheep shearer.

“Farming is very weather-dependent, and that can create a lot of stress, say when the harvest runs late, the same yields are not being got, and it’s very hard to make ends meet,” he said.

“There are farms that are in dire straits, and stress definitely can impact on mental health, but there is also stress that money won’t solve,” Graham said. Visits to northern Norway were part of his work, and he remembers making the journey, despite his body telling him not to go. “I was in the depths of despair.”

Yet he recalls the first time he ever mentioned that he reached out to anyone was in Norway six years ago. “I was working for a couple I knew very well, and the woman is a psychiatric nurse.

People in similar situations, Graham said, often don’t know what is wrong. “I was able to cover up my difficulties even though I was not eating or sleeping and my mind was doing overtime. I couldn’t get it out of my head 24/7 that I wanted to end my own life. When you have come through, it’s hard to believe you were like that.”

The lack of mental health service availability in this country at weekends has come under fire, and it is something Graham would like to see improved.

I remember being in a doctor’s surgery around 3:30pm, and being put on medication. The doctor, who I knew extremely well, asked me if I could survive until Monday.

He gave me a letter to go to two different units if I wasn’t able to handle the situation. I ended up going to two professionals the following Monday, and I also spoke to clergy.”

Following intervention, which included a meeting with a suicide support team which went through everything that ever happened in his life, things started to improve.

“The doctor did everything he could, but there are often no counselling professionals available out of hours to deal with people who are suicidal. The earliest appointment I could get was 10:30am the following Monday morning.”

Graham said that he wants to stress that there is help out there.

“It may not be enough, and a lot of it is voluntary, but support is available. You have to take the first step by phoning or calling someone. Nobody will come to you. If it was your physical health, you wouldn’t ignore the problem,” he said.

“Hiding creates more pressure and the problem just builds up. There is an old saying: ‘A constant drop will wear a hole in a stone.'”

The difficulty, Graham said, can be that people affected may not be able to pinpoint what their problem is.

If the phone starts ringing, they may not answer it. Post may come in and be put to one side, but bills won’t go away.

“It’s very difficult to get through things on your own and to admit that you are unwell, but there are organisations, like the Samaritans, Pieta House and others, that are available 24/7.

“You can go to counsellors, but not every counsellor will bond with you. In general, there is not nearly enough being done to help people with mental health issues, and the people suffering are the ones least likely to shout.

“Care also needs to be taken around the language used around mental health. I have a serious issue with people using the word ‘commit’ in relation to suicide. It can cause awful hurt to families who have lost loved ones through suicide.”

Often little thought is given to the families who are on 24-hour alert seven days a week, Graham said. Having been through his own personal crisis, he now reaches out to help others.

“It is difficult for anybody to fully understand the depths of despair that those affected can fall into, unless you have been there,” he said. “At talks I have given, people have opened up and told me their own stories, because they knew I was speaking from the heart.”

Mental health problems must be dealt with, Graham stressed. “You can’t walk away from them – they will follow you. Mental health issues can affect anyone from any walk of life, but there is plenty of help and hope out there. People just need to start the conversation.”

He is always willing to lend a listening ear, and tells of contact made by a person at the Ploughing Championships, who followed up their chat with a phone call.

Sometimes people just need reassurance, he reflected. “It’s not all about the big things – sometimes the little issues are just as important, and if they are not resolved, they can become big things.” 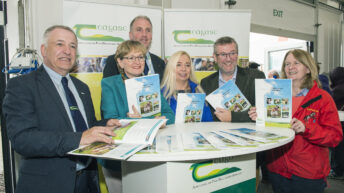 Stress and pressures in farming: How do you react?