A new €86 million facility developed by Dairygold is set to cater for its members’ growing milk production levels over the coming years.

In the wake of the investment, the “state of the art milk processing facility” is capable of producing the full range of nutritional dairy ingredient powders in volumes of up to 1,750t/week, according to the processor.

However, it is believed that the processor’s suppliers will come close to meeting this target almost three years ahead of schedule. Milk volumes are expected to exceed 1.3 billion litres this year – a 55% increase on the baseline milk supply volume.

Milk supplies for this year alone are forecasted to be up by approximately 105 million litres compared to 2016 – with this increase worth an additional €39 million for the society’s dairy farmers, Dairygold added. 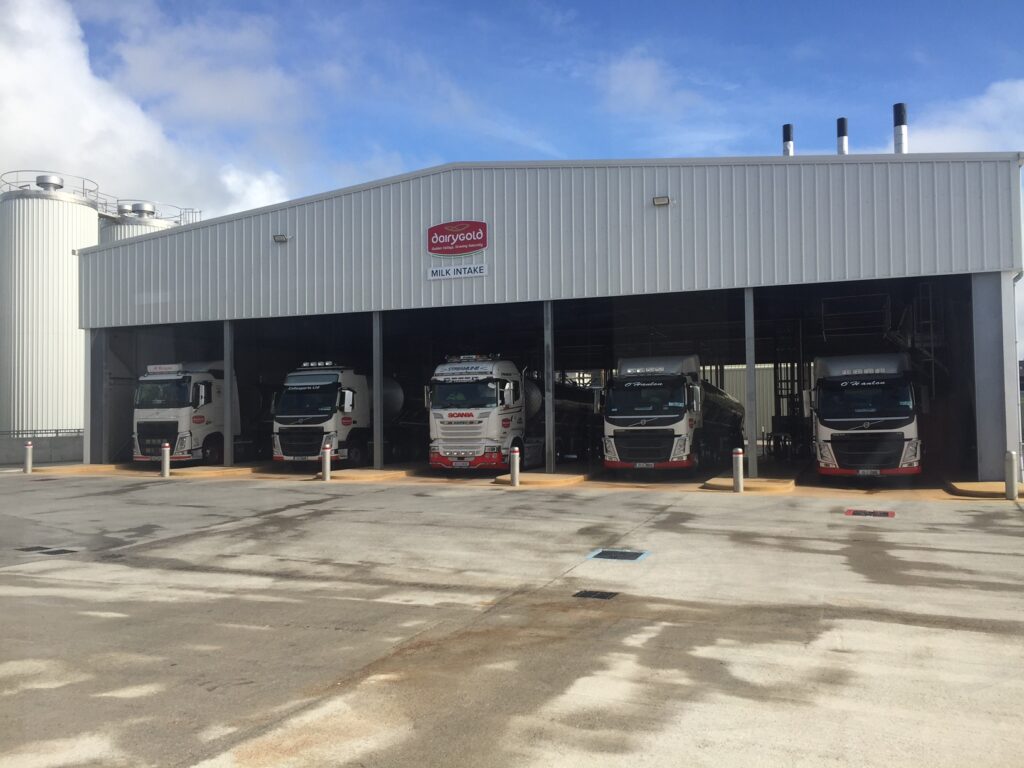 The investment in Mallow delivers on the twin objectives of Dairygold’s expansion plan, according to Dairygold Chief Executive Jim Woulfe.

“This world-class Nutritionals Campus not only caters for our members’ expanding milk production, but it also puts in place the processing technology to expand our range of higher-value ingredients for the adult and infant nutritionals sector.

The Nutritionals Campus will be at the forefront of our nutritionals growth agenda, with further investment planned in the near future.

Commenting on the new facility, Minister Creed said: “Planning for this investment and Dairygold’s overall post-quota strategy began years before April 2015, when quotas were removed.

“It was the foresight of the board and the management team – and their consultation with their ambitious milk suppliers – that allowed the plan to be put in place so that this facility and the others in Mitchelstown and Mogeely can be here today to facilitate dairy farmers across Munster to realise their own farm expansion plan,” he said. 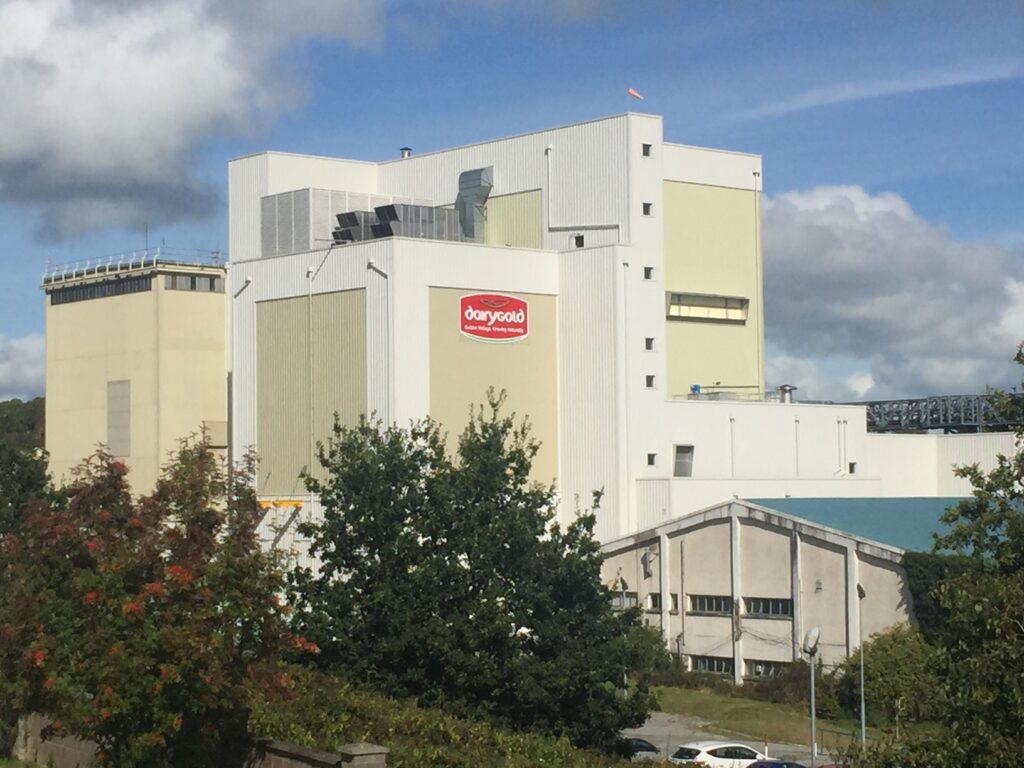 Meanwhile, the opening of the new facility is a milestone in the society’s history, the Chairman of Dairygold, James Lynch, said.

“It is also testament to the support and ambition of our milk supplying members, without which this development would not have been possible.

“A crucial factor in Dairygold’s ability to invest and develop has been our milk producer members’ forecasting which has given the society visibility of milk supply volumes into the future,” he added.

Expansion in the post-quota era of the dairy sector has seen the creation of 112 full-time jobs across the Dairygold organisation.

During this €86 million regeneration project, over 800 people were employed through direct and indirect jobs.

The opening of this new campus – which was supported by the Department for Business, Enterprise and Innovation through Enterprise Ireland – will support the delivery of hundreds of jobs for the region over the coming years, An Tanaiste Frances Fitzgerald said.

“This investment creates a real foundation for the continued economic and social development of the Mallow and wider Dairygold catchment region.

My department, through the relevant agencies, will continue to support companies, like Dairygold, that are driving ambitious expansion growth in export sales and sustaining and creating jobs in rural Ireland – a key priority for this government.

This investment is yet another step towards Dairygold cementing its position as a leading global supplier of cheese and dairy ingredients, Commissioner Hogan said. 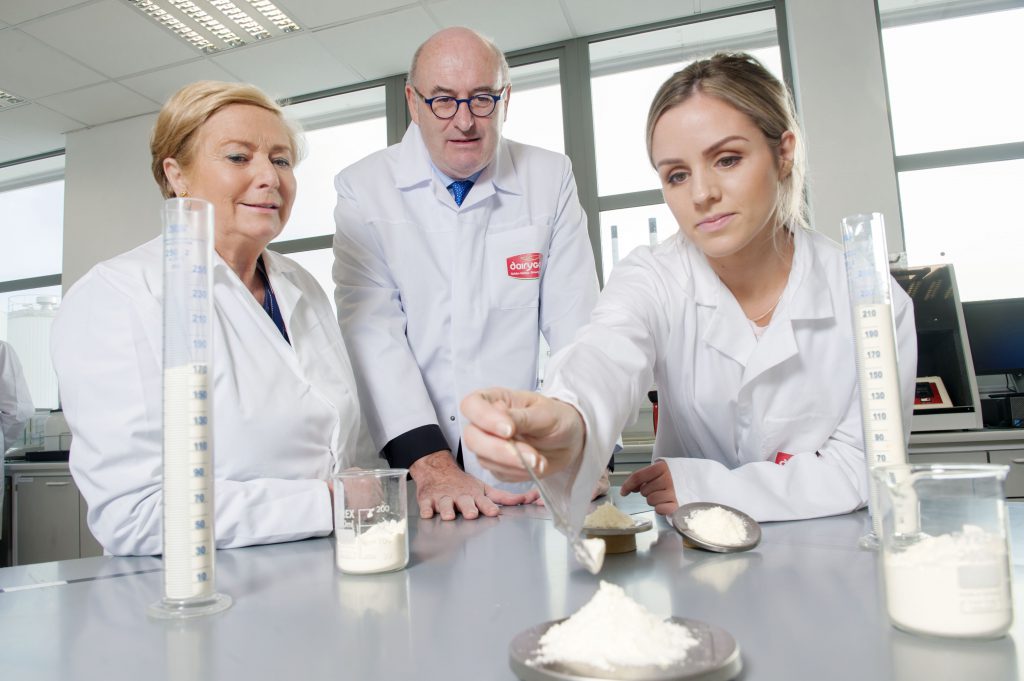 “Dairygold has a long tradition as one of Ireland’s most innovative and dynamic food companies.

“Irish companies such as Dairygold set the standard for Irish food exports abroad and this investment in the regeneration of Mallow’s historic dairy processing site shows a commitment to continuing those high standards, while creating jobs and growth in rural communities,” he concluded.