Farm losses in flood-hit Donegal to be assessed without delay 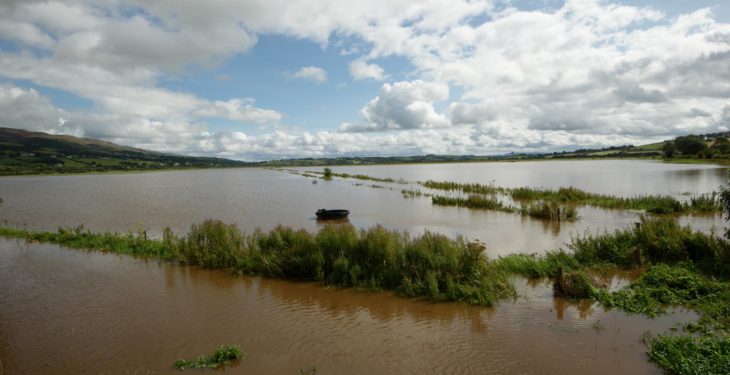 An assurance that an assessment of losses incurred by farmers in Co. Donegal will take place without delay has reportedly been given by the Minister for Agriculture, Michael Creed, to the President of the Irish Farmers’ Association (IFA), Joe Healy.

Healy visited the Inishowen area in Co. Donegal last Friday, August 25, to survey the damage caused by the torrential rainstorm and met with Minister Creed.

He said: “Farmers whose crops and livestock have been devastated by this event will have to be part of whatever aid package comes forward from the government.”

On the topic of farm schemes, Minister Creed also gave the IFA an undertaking that farmers whose lands have been damaged will not be penalised.

“The farming community is reeling from the shock of what happened. In some cases, stock has been lost and in other cases, land and crops are submerged under water.

Farm families have been cut off because of damage to roads and bridges.

Healy said the farmers he had met were still trying to come to terms with the destruction caused by the unprecedented level of rainfall. “They are facing ruin because of the losses they have suffered.”

The president called on the Minister for Social Protection, Regina Doherty, to ensure support for farmers where their homes and contents have also been damaged due to flood waters. 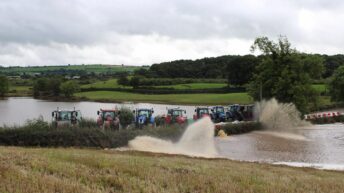 Pics: Farmers and contractors pull together to help flood-hit areas