‘Farm fragmentation and lameness pushed me to go OAD milking’

Michael spoke about his switch to full-time OAD milking in March 2013, at the Teagasc OAD milking conference on Thursday, January 14.

Michael returned home to farm full-time in 1996. At that time the farm was mixed with 25 milking cows and reared all calves to beef. There was also 30 early spring-lambing ewes and 5ac of barley, all on around 40ha.

Soon after returning home Michael chose to focus more so on the dairy side of the business. In 2012, he was milking approximately 100 cows and keeping 20 replacement heifers while still farming a total of 40ha.

In recent years, the total area farmed has increased to 45ha, with 34ha being allocated for the milking platform. The farm currently has a 10-unit milking parlour and 120 cubicles.

In 2019, Michael began having his heifers contracted reared, which has freed up more land available for the milking cows. He plans to increase to 110 cows in the coming years and further maximise the land base around the farm.

Reason for the change

Speaking about his reason for change, Michael explained: ”The farm is fragmented, with the yard split between a four-way crossroad; the increase in cow numbers meant I needed to access fields further away.

”I needed to use the public road to access fields for the cows and over the years the area has been getting busier with a number of houses being built.

”Because of this, the road surface was becoming quite poor and the distance cows had to walk had resulted in some 70 head of cows out of a total of 90 cows requiring hoof pairing. 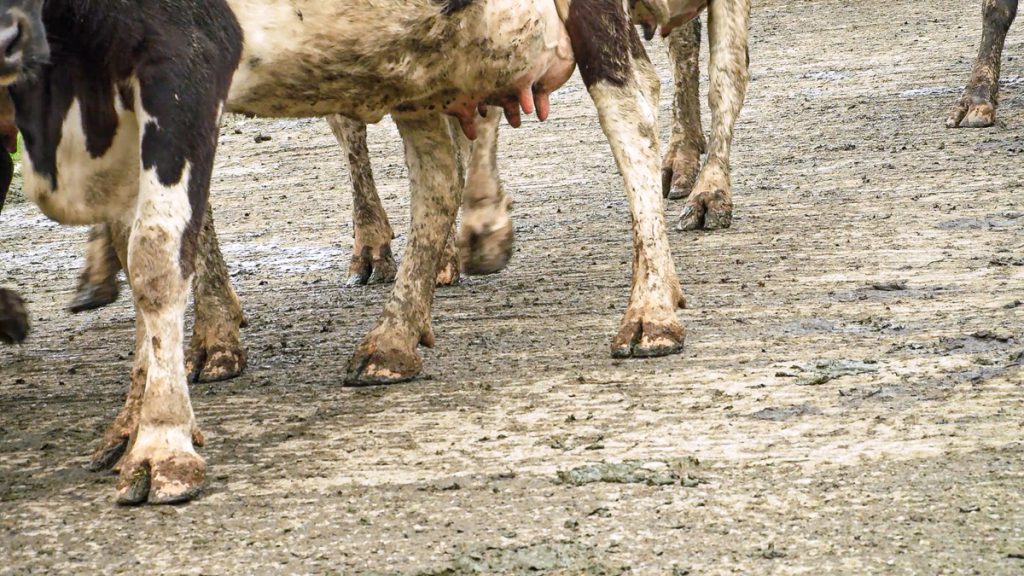 ”I felt like I was doing a lot of work but not getting much return. I’d gone on a farm walk on a OAD milking herd and discovered there is another way to milk cows.

”The cows calved in February 2013 and I backed out of my plans to convert to OAD milking. Then in March lameness issues began again.

”So one evening as I went down to bring the cows in for milking, I decided just to take the wire down and give the cows their next grazing break.

”I looked back a couple of times but the cows stayed grazing and the decision had been made,” Michael added.

The farm currently has a calving interval of 369 days, with a six-week calving rate achieving between 85-90% calved down. The annual replacement rate for the herd is around 20%.

With the herd made up of British Friesian and Holstein Friesian crosses, Michael does not have any plans to move to a Jersey crossbred cow usually seen in OAD milking herds.

The herd average economic breeding index (EBI) increased from being €84 back in 2017, to currently having an index valued at €135 – with a €79 sub-index value for fertility and €30 for milk. Heifers due to calf this spring have an average EBI value of €169.

After an initial drop in milk production, Michael stated his levels have increased year on year to a level he is now happy with.

Michael went on to highlight that bull selection is important in order to select bulls that have a high EBI and produce heifers suitable for OAD milking. Currently, the best performing cow in the herd produced 659kg per milk solids over 300 days in milk in her fourth lactation.

Many farmers have concerns over reduced farm profitability, with a 20% drop in milk yield when converting to OAD milking.

However, that doesn’t mean you’re going to take a 20% drop in income. There will be reduced income especially in the first year, but costs will also reduce.

Part of this increased net margin achieved last year was due to the extra 5c/L over the average Glanbia supplier which Michael gets due to having higher solids.

The farm did not experience any higher culling rate due to SCC when it was converted, which Michael believes is down to taking some of the pressure off cows.

He believes ”a good TAD milking cow can be a good OAD milking cow, but you need to breed high EBI stock, that produce high levels of milk solids and have good fertility”.

”OAD milking can work well on Friesian cows; you don’t need to introduce jersey crossbreds. The switch is life-changing and offers great flexibility for individuals and farm families,” Michael concluded.