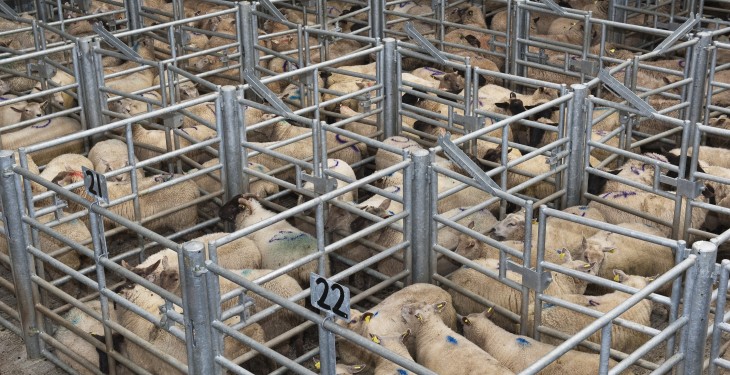 Prices continue to be strong for lambs, according to the IFA’s latest price update.

It says factories are paying up to €6.20/kg this week for lambs up to 23.5kg carcase weight.

Bord Bia has also said that the sheep trade has seen a further lift on the back of good demand coupled with tight supplies. It said a good trade was reported last week across our key export markets.

According to Bord Bia, base quotes for hoggets are making between €5.55/kg and €5.65/kg with selected lots achieving higher prices. Prices paid for culled ewes were making around €3.20-€3.30/kg.

Supplies at sheep export meat plants for the week ending March 7 stood at almost 34,000 head which was just under 3,000 head lower than the corresponding week in 2014.

Cumulative supplies for the year to date are currently 6% behind year previous levels.

In Britain, steady demand continues to underpin the trade, according to EBLEX.

The SQQ live price for lambs in England and Wales was making the equivalent of around €6.29/kg DW towards the end of the week.

Despite the apparent positivity attributed to the start of Easter procurement, with only three weeks to go until Good Friday (April 2), the market in the UK remains finely balanced, it says.

EBLEX says if lambs come forward in higher numbers they could, to some extent, keep a lid on the degree of any upwards pressure on farmgate prices.

In France, Bord Bia says the trade has continued to edge upwards with some rise in prices reported.

The price for Grade 1 Irish lamb was making €6.30/kg (DW incl VAT) towards the end of the week. Bord Bia says promotions are taking place mainly on forequarter lamb.