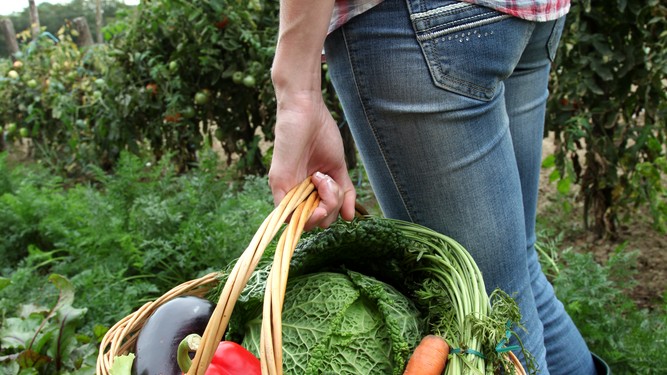 There are huge business opportunities for Irish organic production to the export markets of the UK and Western Europe, in particular for organic beef and lamb farmers.

This is according to Gillian Westwood, who was speaking at today’s Irish Organic Farmers and Growers Association (IOFGA) annual meeting in Offaly.

Speaking to AgriLand, the IOFGA general manager explained that current figures show organic production in the EU amounts to more than €21.5bn, with leading trading sales patterns in Germany, France and the UK.

“There is huge potential here for Irish organic farmers, to target these areas and do business,” she said.

National sales of organic produce in Ireland amounts to some €100m, which unlike conventional farming, 10 per cent of this accounts for direct sales and six per cent in off-farm purchase.

“There are significant opportunities for organic farming in Ireland under the new Rural Development Plan, in particular with collaboration models, for example green public procurement measures offer huge potential for the sector,” Westwood said.

In terms of agri and food policies, the IOFGA general manager said marketing standards in Ireland have been key to developing the sector and she expects this to continue in the future. In particular Westwood referred to Bord Bia’s Origin Green branding and various organic certification quality schemes.

Among the challenges facing organic farmers, she said sourcing organic ingredients, such as feed costs, and market access were among the key issues. “We have a fantastic green image, yet organic farming is so low in Ireland compared to the rest of Europe, why is this?” she asked.

With regard to the new Rural Development Plan, Westwood said the new GLAS and GLAS+ scheme were positive and she said the signs were good that organic farmers will be included but called for further clarification. “What are the core requirements? Is it that organic farmers have to complete a FETAC course? We need this information clarified by the department,” she added.

More than 330 people are at today’s Irish Organic Farmers and Growers Association conference in Birr, Co Offaly. Among the other speakers include Paul Dillon of the Department of Agriculture, Liam Ryan of Moyleabby Organics and John Liston of Little Milk Company.