‘Expectations high’ for ‘one of youngest ministers for agriculture’

The announcement of Donegal TD Charlie McConalogue as the new Minister for Agriculture, Food and the Marine has been welcomed by young farmer and rural youth organisation Macra na Feirme.

Congratulating him on his appointment yesterday (Wednesday, September 2), Macra president Thomas Duffy urged the minister to ensure he delivered for young farmers.

“A lot of issues key to young farmers are on the new ministers’ table, from National Reserve to young farmers’ measures under the new CAP [Common Agricultural Policy] and of course top of the agenda will be Brexit,” Duffy said.

As one of the youngest ministers for agriculture, our expectations are high for Minister McConalogue.

“The changing of ministers has worried many in agriculture at a time when several critical long-term challenges are on the horizon.

“Work on negotiating a new CAP with greater ambition along with the 2030 agri-strategy are key issues highlighted by Macra’s members,” the president added.

The association outlined that ambitions around greater environmental sustainability at EU level must be matched with greater budget and many measures set out in the ‘Farm2Fork’ strategy must be questioned by the new minister if farmers are to support change.

“Farm2Fork is being elevated beyond its status and being taken as a defacto guiding document on CAP, which is totally against the democratic process and without the views of farmers being taken on board,” Duffy continued.

Following [Wednesday’s] earlier address to the IIEA [Institute of International and European Affairs] by Michel Barnier, it is also clear that the risk of a no-deal Brexit is a very real possibility. The impact of Brexit is a big concern for young farmers and all rural young people at present.

“As a TD coming from a border region, he knows the importance of cross-border trade to the Irish agri-economy and we look forward to engaging with Minister McConalogue to ensure that this is protected as well as our beef and dairy exports to the UK,” Duffy concluded. 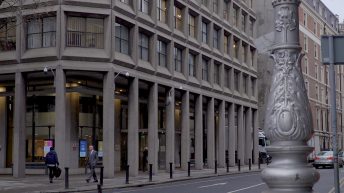