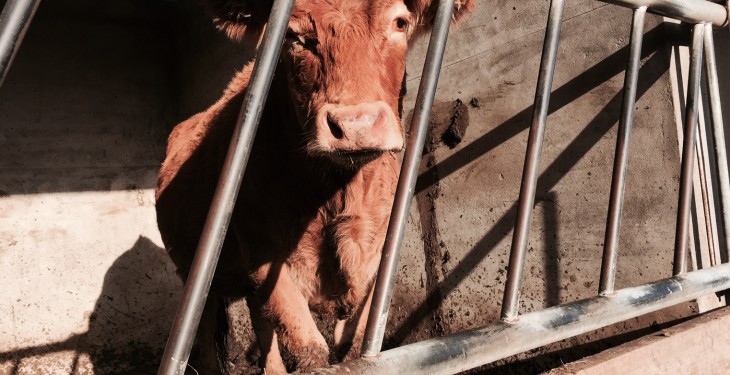 Irish farmers are being put under increasing pressure from all angles and are not receiving a fair price for their produce, according to the managing director of the Irish Family Farm Rights Group (FRG) Thomas Gunning.

Speaking to AgriLand, Gunning said: “When will Irish farmers say enough is enough. We are brainwashed to produce more and more and to take less and less for our produce.

“The Irish farmer needs to wake up and fight for fair trade legislation.

“Pressure needs to be put on the Irish government, retailers, meat factories, merchants and co-operatives to give farmers a fair price for their produce.

Farmers are fed up of rules and regulations. Everyone seems to be getting more out of farming than the farmers themselves.

The FRG is organising two public meetings to discuss the issues facing Irish farmers and to formulate a plan to address these problems.

Gunning argues that the “goal posts keep changing” for farmers and that other stakeholders in the agri-sector “seem to be finding new ways to squeeze farmers”.

He cited the grading system in meat processing plants as well as the four-movement rule as two major examples.

“When you go into a restaurant you will never see the numbers of moves the animals made or what grade it was on the menu. You won’t see that information when you go into a supermarket either.

Next you will see the bonus paid for quality assurance changed to another name, so as to keep the price of cattle down and confuse farmers even more.

Meanwhile, finding a solution to the decreasing levels of suckler cow numbers in Ireland is a key priority for the FRG. Gunning believes that a €300 suckler cow payment needs to be introduced in order to stop the downward trend and potential demise of Irish suckler herds.

As well as this, Gunning highlighted that encouraging farm expansion in some cases is unsustainable.

“Very few farmers are making a profit at the moment; and farms that expand can run into difficulties as well. When you are a small unit, one person can manage the workload.

“But if you expand and become a bigger unit, that farmer will need help; and the help simply isn’t out there at the moment,” he said.

‘Farmers are terrified of department inspections’

There is a sense of dread and fear when an inspector from the Department of Agriculture, Food and the Marine arrives on the farm, Gunning added.

Inspectors are going to town on farmers. A yellow card system needs to be put in place as a matter of urgency.

“In other businesses you get a second chance to correct mistakes. A time limit needs to be introduced where farmers can correct any mistakes before any penalties are handed down.

“Farmers are taking these inspections to heart and they are terrified of department inspectors,” Gunning said.

The managing director of the budding farm group is encouraging people to come along to their two upcoming public meetings in order to discuss these topics, among other issues.

The FRG is hoping to ease the pressure felt by the farming community by “fighting their corner on the important issues”, Gunning concluded.