ESB networks urges farmers to be safe around electricity 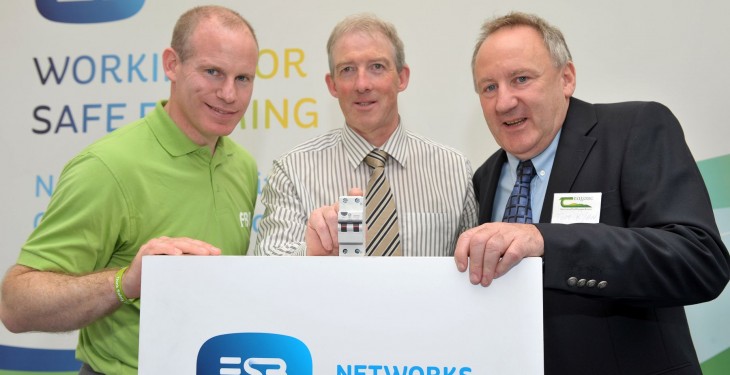 Over 60 people have been killed by electricity in recent years and to help raise awareness of the dangers the ESB has launched a farm safety guide.

Farm Safety with Electricity – It Makes Sense to Check is part of a wider campaign by ESB Networks to raise awareness of the potential hazards of electricity on farms, and to promote farm safety.

Commenting at the launch which took place at the National Ploughing Championships in Ratheniska, Co. Laois, Minister Simon Coveney said he is delighted to see ESB Networks taking a proactive role with the production of this useful booklet about electrical safety on farms.

“It is important for every representative organisation and body involved in farming to continually highlight the need for farmers to think Safety First in all tasks they perform, no matter the pressure. Simple behavioural changes are all that it takes to save lives. I would strongly encourage all people involved in farming to read the booklet and to work through the safety checklist and self-rating at the end.”

Director of Group, People and Sustainability at ESB, Pat Naughton, who has overall responsibility for Group safety said electricity is a powerful and versatile source of energy but can be dangerous to farm workers, their families and livestock if not used properly.

There were 66 fatalities due to electrocution from 1995 to 2013, of these 31 were on the customer side and 38 on the networks side, according to the ESB.