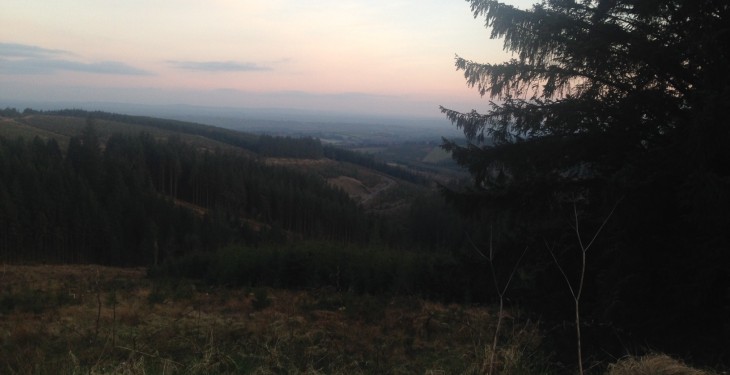 The Environmental Protection Agency (EPA) came in for some criticism at a recent Common Agricultural Policy (CAP) consultation meeting in Carrick-on-Shannon, Co. Leitrim.

Forestry issues were to the fore in the meeting, as well as a variety of other topics relating to CAP.

Also Read: Forestry to the fore in CAP meeting: ‘Enough is enough’

Following a number of presentations – including one from the the EPA’s Tadhg O’Mahony – the chair of the Leitrim branch of the Irish Farmers’ Association (IFA), James Gallagher, raised concerns regarding the level of inspections that forests are subject to.

Responding to comments made regarding the population decline of the Curlew and the Corncrake, Gallagher said: “It’s not from intensive agriculture that they are gone; it’s due to afforestation. It’s due to the increase in the pine marten and the mink that aren’t being controlled – that has wiped out all ground-nesting birds.

“There is no record or track being kept on what happens in forestry. I have observed, on several occasions, members of the EPA inspecting farms for various risks of pollution. I have never seen the EPA in the forestry.

If a farmer removes a hedgerow; he receives a penalty. Yet machines can move into 40ha and mound it up for forestry; destroying the environment that’s already there – and there’s not a word about it.

“I mean you can aerial fertilise a forest. They fertilise them with phosphorous,” he said.

Gallagher explained that surveys had been carried out 10 years ago by “our neighbours in Northern Ireland” on the phosphorous levels in the lakes and rivers.

He was also critical of the level of communication between Government departments.

Concluding, he said: “There was a report done 10 years ago on Loch Melvin – a lake in the north of the county – which showed that there was very high phosphorous levels in the lake. The phosphorous levels peaked when planting and clear felling took place there.

“26% of the catchment area is forestry; there was no intensive agriculture. As a result of that, I noticed that the council council sent out environmental officers.

“They called to guys who had two and three cows, telling them what they needed to do. But, they drove past the forests; where the timber was piled up on the roadside – no inspections.” 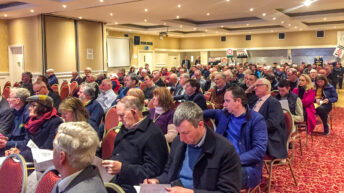 ‘Farmers live in terror of department officials coming to the door’ 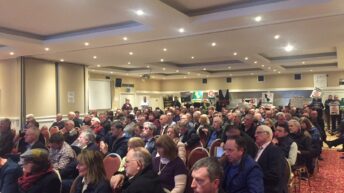