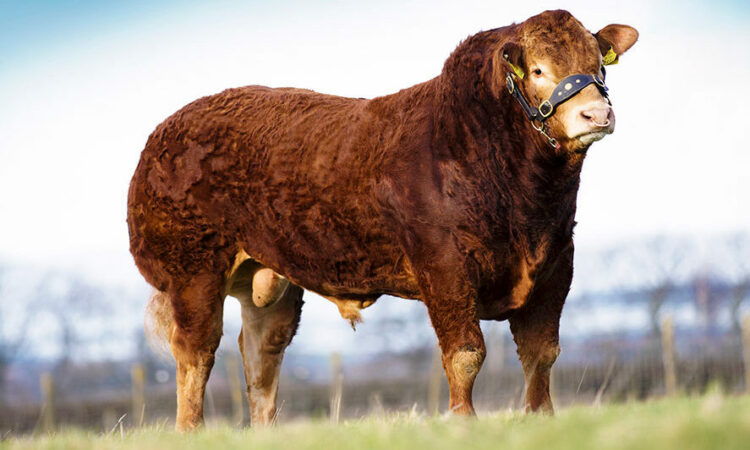 This Friday, July 1, the North East Limousin Club, the largest Limousin club in the Republic of Ireland, is holding an elite embryo auction from the best bloodlines of the breed.

The auction will be held at the Lakeside Manor Hotel in Co. Cavan and tickets cost €20 and are still available.

The embryo auction will take place after the prize giving ceremony of the club’s annual herds competition which is taking place this week, with 40 herds competing.

Included in the auction this Friday include:

1. Embryo out of Millbrook Ginger Spice

Bred by William Smith from Oldcastle, Co. Meath, Ginger Spice is a three-time Interbreed Champion at teh Balmoral Show.

Organisers say that this is a unique opportunity to buy an embryo out of her mated with Ampertaine Elgin .

2.Embryo out of Kilcor Frostie

Kilcor Frostie is the dam of Kilcor Iceman Champion Limousin Premier sale 2015 and sold for an Irish record price of €28,000 to Robert Graham Scotland .

The embryo is same mating as Iceman with sire Fieldson Alfy and it looks to be something special.

3. Embryo out of Newtown Emma

Newtown Emma was an All-Ireland Champion Calf in 2009 and is a highly-rated Wilodge Vantastic daughter out of the famous broad cow Castleview Rub.

Rub is one of the most successful breeding cows in the Irish Herdbook over the past 10 years. This embryo was mated with the famous Ronick Hawk.

Ione is a Broadmeadows Cannon daughter out of Haltcliffe Avon, mother of Claragh Franco that sold for £22,000, and Claragh Lily, the Junior Interbreed Champion at Balmoral 2016.

5.Embryo out of Hilltop Francis

This embryo out of Hilltop Francis( Sympa x Milou x Moero ) was mated with Wilodge Cerberus.

The same mating has bred females to over €8,500, according to the club and daughters from this mating have had a muscle score of 161.