Efforts to lift the ceilings on Agricultural Block Exemption Regulations (ABER) which the Irish Creamery Milk Suppliers’ Association (ICMSA) believes is “hindering young farmers” have been made this week in Europe.

The measure has considerably undermined efforts to get young people to choose farming as a career.

O’Loughlin continued: “The recent clarification from the Revenue Commissioners that the cap applies to the difference between Consanguinity Relief and Young Farmer Relief is a step in the right direction – but it does not resolve the matter.”

Meanwhile, speaking following a series of meetings with the Department of Agriculture, Food and Marine and with the EU Commission, ICMSA said it was now confident that the restriction placed on certain tax reliefs for young farmers would be overcome.

The association subsequently called on the Government to ensure that the relevant changes are made and highlighted the importance of immediately removing, what it described as, “this significant block to generational renewal”.

ICMSA is firmly of the view that the €70,000 limit on these reliefs either need to be reviewed substantially upwards, abolished, or the rules amended to address our concerns.

O’Loughlin continued: “Following our meeting with the EU Commission, ICMSA believes that there is a willingness on the commissions’ part to resolve this matter as it wants to encourage young people into farming and will assist in removing the obstacles.

“Given this attitude on the part of the commission, I am confident that this matter can be resolved; both the Minister for Finance and Minister for Agriculture, Food and the Marine need to move now to remove this unfair barrier to generational renewal.” 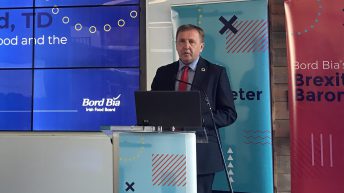