A rather unusual site was spotted in Castlebellingham, Co. Louth, on Wednesday, January 2, as a set of butterfly mowers was in action knocking a crop on the outskirts of the Louth village.

A crop of oats was being cut and is being lifted and put in the pit today by J&A Taaffe Agri Contracting.

Speaking to AgriLand, Craig Bell, who mowed the crop, explained: “Ground is holding up surprisingly good for this time of the year.

“The only problem is we have to draw this crop out through another field of stubble. There were cattle on it so it could leave the job of drawing the crop out a little bit more tricky.” 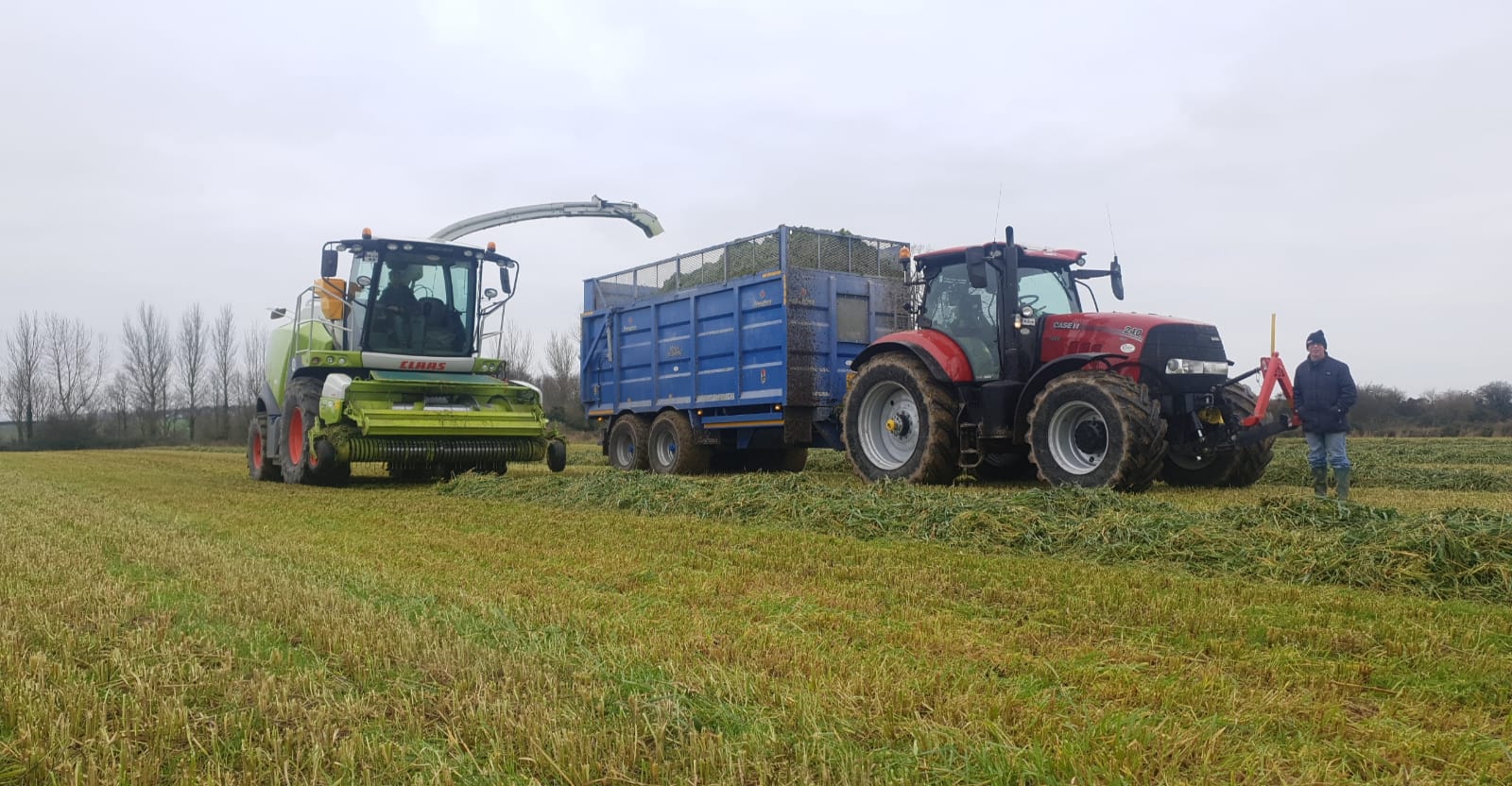 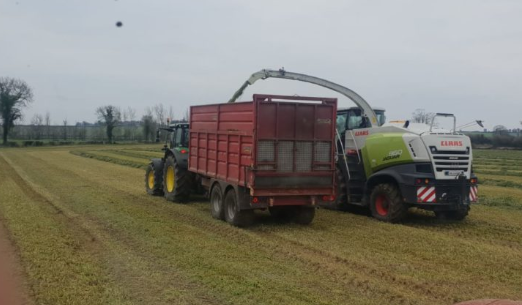 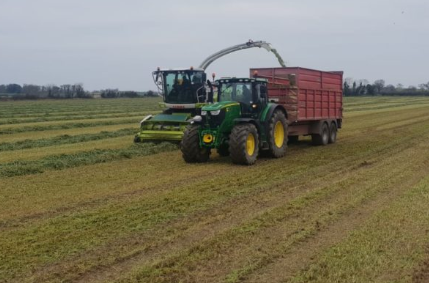 The crop – of 29ac – was mowed by a Case IH Puma 240 CVX sporting a set of triple mowers and groupers to avoid extra traffic on the field.

Craig added that he has never seen forage of any sort being cut at this time of the year before.

“We thought we were mad going out to lift silage in November last year but this is just unreal; it’s probably only a once off,” he concluded. 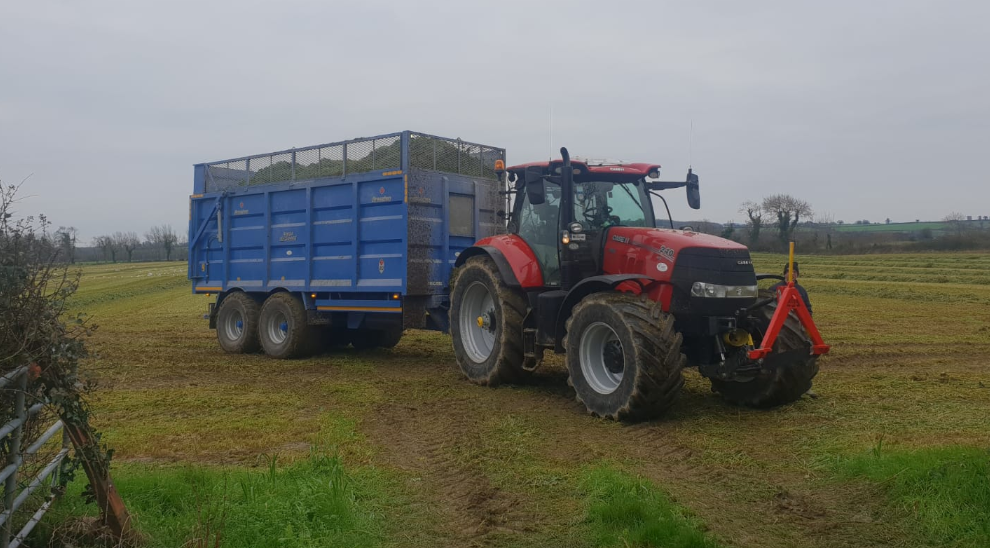 Field work under way in many areas

Meanwhile, across the rest of the country, the recent spell of dry weather has allowed for field work to resume in some fields across the country.

Rainfall for the coming days is forecast to be between 0% and 30% of the normal levels and farmers will be hoping to get out with slurry as January 13 approaches, while some may also be hoping to apply some early urea to grazing ground.

New Years Eve (Monday, December 31) was a hive of activity in many areas and so far 2019 has provided great opportunities to get on top of the workload.

Farmers who still have hedges to cut may also get that box ticked before the busy spring period.

Many crops of beet have been pulled in recent days, while green cover has been sprayed off and ploughing has begun in many areas.

The dry spell is welcome as farmers will get some preparation for spring crops completed. Many will be making the most of this weather having endured a long and wet spring in 2018.

Field work underway in many places