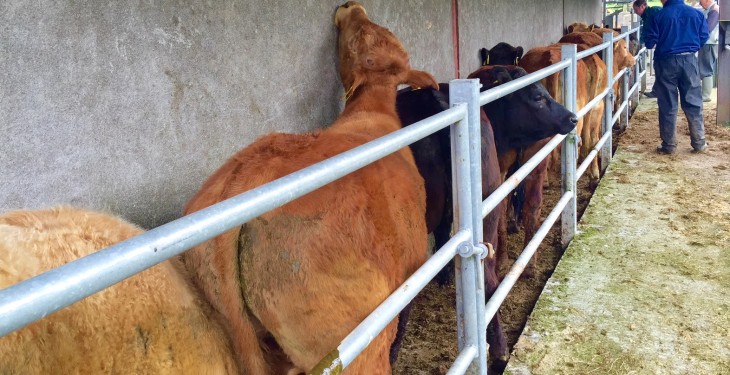 The Department of Agriculture has seen its expenditure on disease eradication fall significantly this year.

Total expenditure on disease eradication to date in 2015 has been €27.4m.This represents a 17% reduction from the same period last year.

He said that from an economic perspective, the very considerable saving both to the national exchequer and to farmers arising from the eradication of Brucellosis and the substantial reduction in TB illustrates the huge benefits which derive from the effective implementation of disease eradication programmes.

The Minister also said that the progressive and on-going reduction in the incidence of TB eradication holds out the promise of further significant savings for farmers and taxpayers by building on the progress achieved in recent years.

Bovine disease levies are collected by the Department under the Bovine Disease Levies Acts 1979 and 1996 and contribute to the compensation payable under the disease eradication programmes.

The current rates are 0.06c/L of milk processed and €1.27 for each animal slaughtered or exported.

The Minister has been called on to pass back the savings from the TB Eradication Scheme to farmers by the IFA’s Bert Stewart.

Despite reducing levels of TB and resultant savings for the Department of Agriculture, the costs associated with the TB Eradication Scheme control measures have not been reduced for farmers.

This is unacceptable and must be addressed in Budget 2016, IFA Animal Health Chairman Stewart has said.

“Significant progress continues to be made in reducing the levels of TB nationally, resulting in substantial savings for the Department of Agriculture in the TB Eradication Scheme.

However, for the farmers who experience TB restrictions and breakdowns on their farms, the costs and losses associated with the control measures have not reduced and have, in some instances, increased.

“This is an unacceptable situation which must be addressed by the Minister for Agriculture Simon Coveney as a matter of urgency in the upcoming Budget through increased funding for the programme,” he said.