Thousands of farmers are still waiting on payments under the aegis of the Department of Agriculture.

Many applicants to the Basic Payment, Young Farmers and Areas of Natural Constraints schemes have payments outstanding.

Any queries in relation to your application or a specific scheme/measure should be made to the appropriate telephone number below or alternatively to the Departments general number 057 8674400. 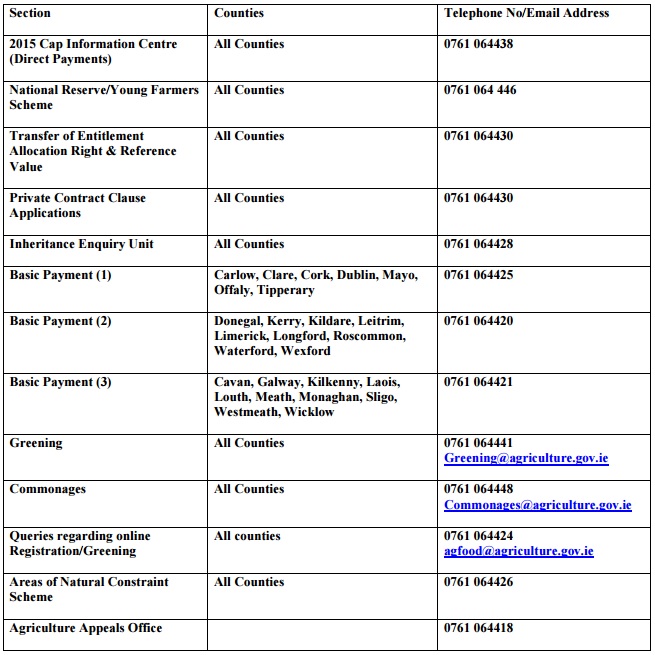 In relation to the Basic Payment Scheme (BPS) and Greening Payment, advance payments began issuing in Ireland on 16 October 2015. This is the earliest that payments can commence under the governing EU Regulations.

Ireland is among the earliest to pay the BPS in the European Union and to date, of the approximately 122,265 eligible applicants, over 119,000 farmers have received payments totalling €1.05 billion, according to the Department.

The Department of Agriculture continues to payout on schemes such as the Basic Payment Scheme and Areas of Natural Constraints with Young Farmers Scheme payments also set to issue as they are processed.

The Minister for Agriculture, Food and the Marine, Simon Coveney has announced GLAS payments will start issuing this week.

“This is another milestone achieved for the roll-out of GLAS, which has already proved one of the most attractive agri-environment schemes ever offered to Irish farmers. Interest in the second tranche of GLAS has again exceeded expectations, with over 14,000 applications submitted.”

A total of 17,625 farmers with a start date of October 1, 2015, will receive a first instalment payment of what is due for the period October to December. The total value of payments comes to just over €11.5m.